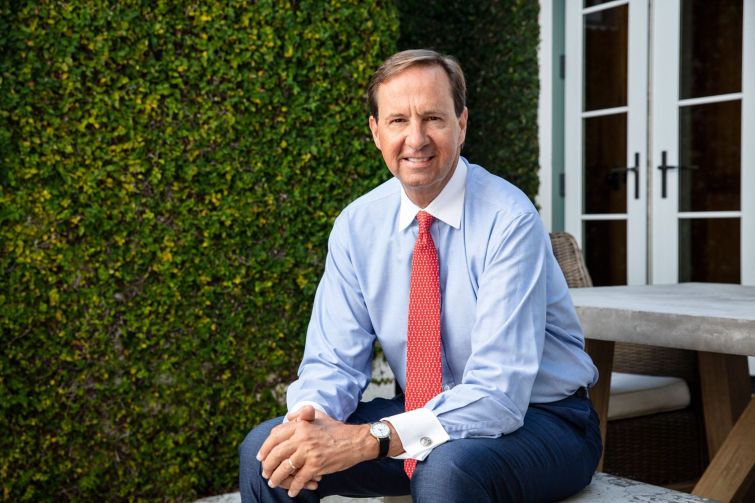 In the fall of 2019, Paul Layne assumed the position of CEO of the Howard Hughes Corporation, as the company reorganized and refocused on its specialty: master-planned suburban communities.

Layne had been with HHC for seven years, first as the executive director of master-planned communities (MPCs), and then the president of the central region, which includes most of those communities.

That made him a good fit for HHC’s new direction.

HHC’s planned neighborhoods, like The Woodlands in Houston, Texas, which span 50 square miles, are designed to be cities unto themselves. HHC designs the street grid, including residential neighborhoods, green spaces, commercial areas, and often a walkable center. HHC then sells lots to home builders, who sell homes directly to buyers, but builds most of the multifamiy, office and retail themselves.

In New York, HHC is best known for the South Street Seaport,which HHC has been redeveloping for a decade to turn it into a destination for shopping, entertainment and dining. HHC owns a collection of properties in the area, and is rebuilding the Seaport’s historic Tin Building which will house a marketplace by French-American chef Jean-Georges Vongerichten, and has other projects in the works, including a development at the former Fulton Fish Market and a mixed-income tower at the edge of the district.

Commercial Observer caught up with Layne to discuss HHC’s new direction, how it’s weathered the pandemic so far, and why suburban home lot sales might be the best business to be in right now.

You were appointed CEO of Howard Hughes Corporation in October 2019 amid a broader restructuring of the company. Tell me about that.

We knew that we wanted to take the company through a transformation. And we announced—I announced—that we would reduce our overhead on G&A by $50 million on an annual basis and we would set out a strategic sale program selling $2 billion of assets around the country. Most of the properties were raw land that were not in our master-planned communities, not our core assets.

That included 110 North Wacker, which is the only property we have in Chicago, and it’s a fantastic 55-story asset 80 percent pre-leased opening in October on time and on budget. But it just wasn’t a long-term core asset for us.

And that was always the plan. So that’s the way we kicked off the announcement of the change in leadership.

You were with HHC since 2012, and before that you were at Trizec Properties and Brookfield Properties. What were you doing at HHC before being promoted to CEO?

Previously, I’d been the regional president of the largest master-planned communities, but really, overseeing the core assets in the central part of the United States, everything in Houston, Chicago, DC, Dallas, and a host of other properties.

What prompted the initial realignment?

What a nice word. The realignment or transition. We wanted to streamline the direction of the company on a focused plan to go back solely to our master-planned communities, with very few exceptions. We have such strong business power in our MPCs. We’re the largest owner of properties, and we operate the vast majority of the properties.

We have The Woodlands, 28,000 acres, which is one-and-a-half times the size of Manhattan, 10 miles across 12 miles deep; Summerlin is 22,000 acres and eight miles west of the Strip.

That’s how we actually got the Howard Hughes name. Summerlin was Howard Hughes [Sr.]’s mother’s maiden name. And Mr. Hughes had assembled a tremendous amount of land in Vegas, and this was the remaining parcel, and we retained the naming rights and signature rights.

And how has the transition been going?

Most of the G&A reductions were on a corporate level, which was in Dallas, where we didn’t have any operating properties.That was the corporate headquarters and we also announced we would relocate the corporate office in a streamlined fashion to The Woodlands, which is our largest master-planned community, in the buildings that we now have bought. We’ll be finishing our office space there in October of this year.

Seems like a good time to be downsizing on office space.

You know, we were brilliant, or lucky, or blessed, pick a descriptive term, but it really did work out well for our company.

So, yes, within six months of becoming CEO, the country was faced with the pandemic. How has that been going?

We had our very best quarter, fourth quarter 2019, best quarter in the company’s history. We made our largest acquisition ever in the history of the company, buying the Occidental Petroleum towers in The Woodlands, and then rolled right into 2020 very aggressively. The first two months of the year we were headed for another record quarter.

And, then, just like most people in the country, the pandemic hit, and slowed us down.

We’re seeing some really strong home sales, in some cases record setting sales, in Bridgeland in Houston we had an all time record of home sales in May and June.

And we see a flight to quality, a flight to open spaces. [Our communities] are all about openness. The Woodlands is 28 percent green space, and has 200 miles of hiking and biking trails, and that’s what America wants now.

We sell lots to homebuilders, but the home sales, I believe, is a clear indication of people coming out of a quarantine, and [a dog began barking]—sorry about the dog—realizing that they want a new house, they want a community where they can walk to their children’s school and the kids can ride their bikes to go to the park or school, a different lifestyle.

Do you have any insight as to who are the people who are buying? Is it people who weren’t previously thinking about moving, or did they just move up their timelines? Is it a different demographic than expected or is it just kind of an acceleration of what would have happened anyway?

It is a lot of individuals and families that have been in apartments and that frankly got tired of walking their dog down two flights of stairs. They wanted a yard. They’ve been quarantined in a house or apartment oftentimes with a spouse or partner, possibly children and pets. And you know, just like when our dog was barking a minute ago, so many of my employees just can’t wait to get back to the office. If you don’t have open space to get out and stretch out, and if you don’t have great wifi service when you’re doing Zoom calls, it can be brutal.

We’ve seen an upsurge in the millennial domain as well. The Woodlands was recently rated in the top 10 markets in the country appealing to millennials. And that was a big deal for us because historically that wasn’t maybe the case. So we’re driving a younger age group that are buying homes.

Do you live in one of your master-planned communities?

Fair question—I don’t. My wife and I have six children, all of them are grown. We live closer to downtown [Houston], close to where I grew up, and our communities are in the further suburban areas. Five of our six children live in close neighborhoods. We like being close to our kids and grandkids.

You grew up in Houston. How did you get into real estate?

After a couple years of law school, I decided I didn’t want to be a lawyer. My last semester of law school I got into the brokerage side of the business in Houston on the office leasing side, then moved into the asset management side, learning all different aspects of commercial real estate.

I ended up going to a company called Trizec Properties, and built the company up over 12 to 15 years and sold it to Brookfield for about $6 billion dollars. I was with Brookfield Properties for six years, and then the previous CEO at Howard Hughes, [David Weinreb], who’d been an old friend, convinced me to leave Brookfield and come to Howard Hughes almost 10 years ago.

At the time I was running probably about 20 million square feet of property, with my teams from California to Florida, and I was at a point in my career that I was ready for learning new areas and was excited about the role.

How did you know David Weinreb?

Through real estate circles. He and I had sat together on panels a couple of times. I got to know him through that and then we would exchange information and became friendly.

I want to ask you about South Street Seaport. Here in New York that’s your most visible property or collection of properties. So, first of all, when you were shedding the non-core assets, I think it came as a surprise that South Street Seaport would be considered core. What was the thought about keeping that when it’s not a master-planned community?

I mean we’re excited about the Seaport and, yes, it is different than the master-planned communities. But it brings a sense of, in one of the real estate expressions, “there there.” It has the same understanding of what it takes to be a community.

So many of the patrons are from the neighborhood. Granted, we attract [visitors] from all over New York and we attract people that are visitors that love to see the Seaport and understand the wonderful long history of, you know, the tall ships and everything that happened, and be able to go to the Seaport Museum and then go to dinner. You know, have a drink on the cobblestones. It’s a total package.

Some of the Seaport properties are still under development, and you were supposed to open two new restaurants there this summer, and that’s on hold now because of the pandemic. How is everything going there?

We were well on our way to filling the spaces, and finishing the restaurant construction, when the pandemic hit.

I think the real center of the Seaport will be the Tin Building. And, you know, as soon as the city allowed us to start construction again, we were back at it. It’s a 53,000-square foot-marketplace that Jean-Georges [Vongerichten] will be running and operating. And he’s been very involved in the structure of it as far as the vision, and I think it will be an incredible community amenity for people to shop, to pick up some fresh fish, to go have a drink or dinner.

Now, one of the big focuses will be to get food to go, or groceries to go. And we’re working on delivery services and some really creative apps that’ll allow people to either get in and out quickly, or, they’ll have a whole host of options.

We’re community-focused and, because we own the majority of the property and development rights in these communities, one of my goals is to build a legacy of trust in the communities. 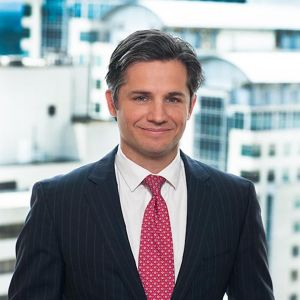 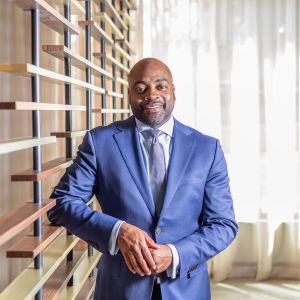