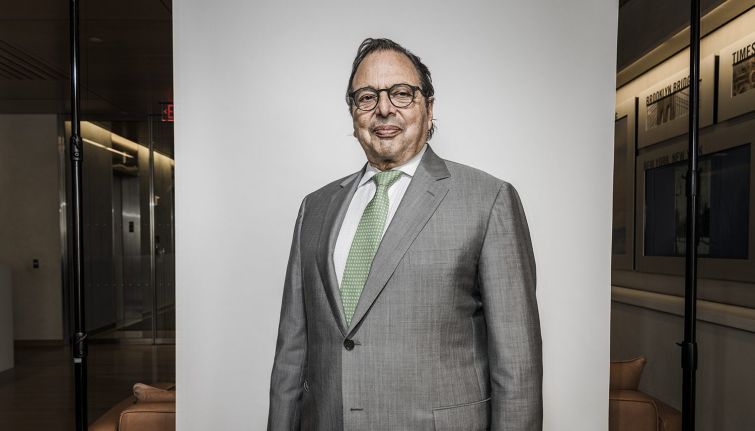 Douglas Durst and his chief spokesman Jordan Barowitz are trying to fend off a defamation lawsuit from the lawyer representing the estate of Kathleen “Kathie” Durst, one of Robert Durst’s alleged murder victims.

The defamation claim grew out of a prior wrongful death lawsuit that attorney Robert Abrams filed against Robert Durst last year on behalf of Carol Bamonte, Kathie Durst’s sister and the administrator of her estate. The March 2019 suit referred to the Dursts as the “crime family” and claimed that the late Seymour Durst, Robert and Douglas’ father, and other family members had helped cover up Kathie’s alleged murder. Bamonte sought to hold Robert Durst civilly liable for Kathie’s death and collect damages and attorneys’ fees from him.

At the time, Barowitz told The New York Post and the New York Daily News that the accusations in the lawsuit were “fiction” and “a lawyer’s attempt to make a buck.” A judge threw out the wrongful death suit a few months later, and Abrams filed a still-pending appeal.

But Barowitz’s statement formed the basis for Abrams to file a defamation claim last March against Douglas Durst, Jonathan “Jody” Durst, Barowitz and The Durst Organization. (Jody Durst, the Durst brothers’ first cousin, is the company’s president.) The Dursts and their lawyer, Charles Moerdler, filed a motion to dismiss the new lawsuit in June and called for sanctions against Abrams. The filing called the allegations against the Durst family in the wrongful death suit “baseless filth.” It also pointed out that Abrams had not responded to Barowitz’s supposedly libelous statement in public until the attorney filed his defamation suit a year later.

“The charges had no relevance whatsoever to the suit brought solely against Robert and were (successfully) designed to attract tabloid press coverage and to further advance an effort to extract tribute from the Durst Family and to foster prejudice,” the motion noted.

The latest move in the bizarre legal back-and-forth comes from Abrams, who filed a response last week in an effort to keep the defamation suit alive. The new filing repeats many of the allegations that the Dursts claim are completely baseless. It also argues that the Dursts have not submitted affidavits denying their involvement in Kathie Durst’s death.

“All of Mr. Abrams’ prior lawsuits against us have been dismissed and this new filing is just more frivolous nonsense that has no basis in reality,” said Sam Spokony, a spokesman for the Durst Organization. “We have already requested that the Court impose sanctions against Mr. Abrams in response to his constant false claims and we will continue to pursue sanctions in light of this latest outburst.”