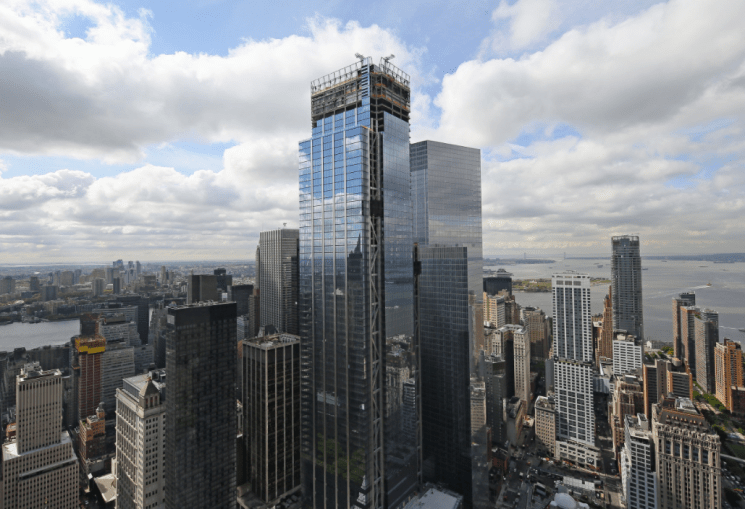 Silverstein Properties has expanded its Series B bond on the Tel Aviv Stock Exchange with a $39 million (NIS 134) tender, according to documents filed with TASE.

The corporate bond offering drew demand of $30.4 million at a 3.54 percent interest rate, and puts the total Series B at $96 million.

Silverstein first issued its Series B bond in September, and the institutional bid was oversubscribed by close to three times the $65 million offering, according to TASE filings.

Silverstein first entered the Israeli market in 2018 with a $200 million bond offering, which it later expanded.

Silverstein’s bonds, along with most of the Israeli bond market, tanked in February as the coronavirus began to spread outside China, but then began to climb back up after a low in mid-March. They have since recovered a significant amount but are still trading below the February peak.

While Silverstein’s raise went smoothly, though with lower demand than in previous offerings, other American companies with bonds on the TASE have been facing headwinds.

A subsidiary of Starwood Retail Partners is facing a default on a $254 million bond backed by a seven-mall portfolio, which bondholders are seeking to take over. Related Companies is also working its way through the Israeli court system to negotiate with bondholders over a $196 million payment due later this year. Currently, the company plans to prepay $75 million and delay the rest by a year, according to court filings. And the Leser Group, one of the veteran American companies on the TASE, recently tried to refinance a bond offering without informing bondholders of a defaulted loan on one of the properties backing the bond, according to news reports and TASE filings.