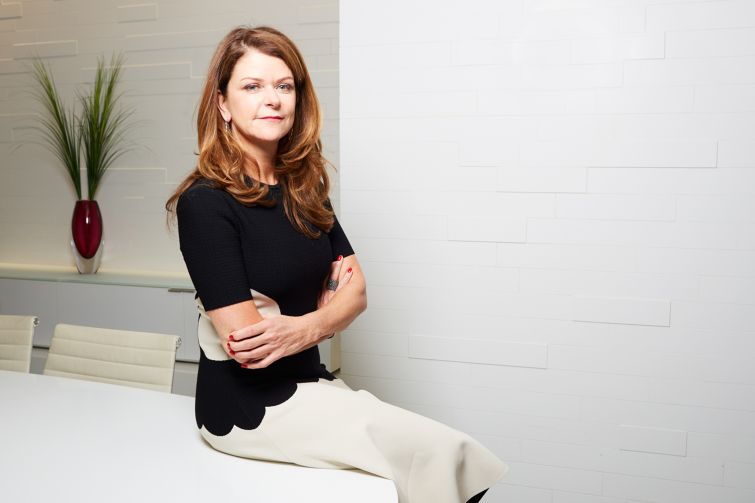 Real estate titan MaryAnne Gilmartin, who cut her teeth at Forest City Ratner and went on to form a partnership with David Levinson and Rob Lapidus before leaving to start MAG Partners last year, has been appointed interim Chief Executive Officer at Mack-Cali, according to a release from the real estate investment trust.

In addition, Tammy K. Jones, Co-Founder and CEO of Basis Investment Group, was named Lead Independent Director of the REIT.

Prior to today’s announcement, both Gilmartin and Jones had been serving on Mack-Cali’s board. The release said that Gilmartin will continue to also operate MAG Partners. There was little said about where the previous CEO, Michael DeMarco, is going, other than a statement of thanks from Gilmartin.

“On behalf of the Board, I would like to thank Michael for his service to Mack-Cali,” Gilmartin said in a statement. “I look forward to working with the talented Mack-Cali team and all of our stakeholders to ensure that the Company operates at the highest level.”

However, there had been a concerted push for DeMarco’s removal from Bow Street LLC, a New York-based investment firm that owned 4.5 percent of Mack-Cali’s stock. Bow Street called for just such action in an open letter published in March. “It is now clear that the rot at Mack-Cali goes far deeper than any of us knew,” the letter said, “and that more comprehensive action is required to protect shareholders’ investment.”