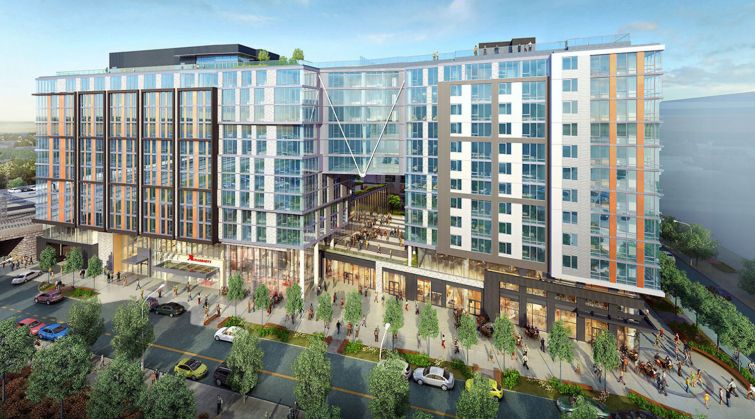 Colliers International executed a 76,004-square-foot lease for national corporate housing provider Churchill Living at NoMa CNTR, a 462,826-square-foot mixed-use project being developed at the former Greyhound terminal in Washington, D.C., according to the firm.

The 10-year lease with developer Perseus TDC, was for 104 units in the building, ranging from studios to one- and two-bedrooms. The lease rent was not disclosed.

“Churchill Living had been actively looking to expand its footprint in the D.C. market as the company has a large number of government contracts and a lot of clients that are interested in the area,” James Crew, Colliers’ senior vice president, told Commercial Observer. “The project’s quality and prime location, which is just minutes away from Capitol Hill, proved to be the most attractive aspects for them.”

Located at 1005 1st Street, NE, the project is situated in the vibrant neighborhood of NoMa, just a short walk from Union Station and minutes away from the Central Business District and Capitol Hill.

“This location proved to be particularly convenient for Churchill Living as the company provides housing to multiple major U.S. corporations and government agencies,” Crew said.

When finished, the NoMa CNTR project will also include 30,000 square-feet of retail space, an additional 345 apartment units, and a 229-room Marriott hotel with world-class amenities.

“With 104 apartment units, it accounts for more than 20 percent of the project’s residential space and the 10-year commitment guarantees a steady rental stream,” Crew said. “Along with the 235-room separate hotel, it effectively acts as a second anchor.”

The project is expected to be completed in late 2022.