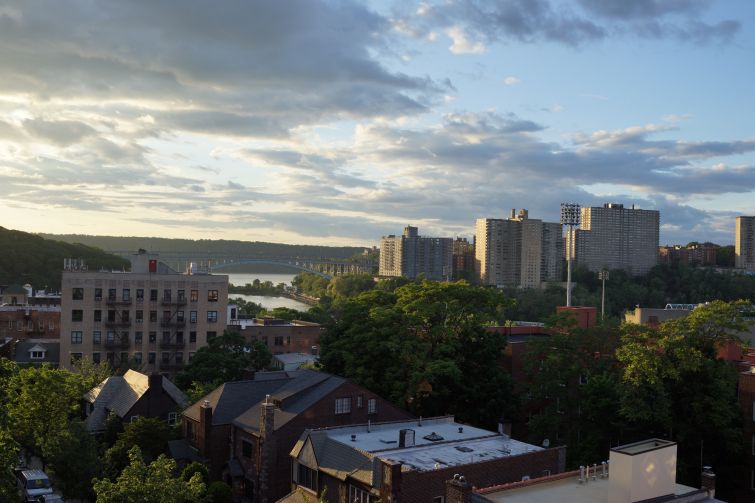 The City Council rezoned Inwood despite fierce protests from local activists. They sued in court, and an appellate panel just upheld the rezoning after it was overturned in state supreme court last year. Photo: Scott McDonough/Flickr

A state appellate court panel has upheld the city’s rezoning of Inwood in upper Manhattan, which had been overturned by a State Supreme Court judge last December in what was widely viewed as a blow to Mayor Bill de Blasio’s affordable housing plan.

Now City Hall has emerged victorious in the case, which was initially filed a year and a half ago by a coalition of community groups called Northern Manhattan Is Not for Sale.

The rezoning, which was passed by the City Council in August of 2018, is supposed to produce 2,500 new affordable apartments and allow for the preservation of 2,500 existing affordable homes across 59 blocks in Inwood. A number of upper Manhattan activist groups banded together to sue the de Blasio administration over the rezoning in December of 2018, arguing that the city failed to examine how the new zoning would affect the displacement of residential tenants and minority- and women-owned businesses (MWBEs).

Last December, a State Supreme Court judge agreed with the activists. She overturned the rezoning on the basis that the environmental review process that preceded it didn’t take into account the displacement of residential tenants of color and minority-owned businesses.

Then yesterday, a panel of five appellate justices sided with the city. They decided that city planners had properly followed the state and city land use procedures as currently written when working on the environmental review for the Inwood rezoning.

Inwood Legal Action, a member of Northern Manhattan is Not for Sale, said in a statement that it was “deeply disappointed by the court’s ruling and that the City still refuses to study the racial impact of its proposed rezoning, which would be a significant step toward addressing the racial inequality that is baked into the City’s housing policies. If Mayor de Blasio truly believes that #BlackLivesMatter, he should support our calls for a racial impact study, and provide equal housing opportunities to Asian, Black, and Latino New Yorkers.”

The group said that it would soon vote on whether to appeal the decision to the state’s highest court, the New York Court of Appeals.

Developers who own property in the neighborhood are thrilled that they can finally move forward. Taconic Partners, which owns a large parcel next to the 1 train station at 410 West 207th Street, will finally be able to build its planned 700-unit, partially affordable development with ground floor retail.

“Today’s decision means public and private investments in affordable housing, parks, a new library and other neighborhood infrastructure for Inwood will move forward,” Taconic co-CEO Charles Bendit said in a statement. “But this case was always bigger than Inwood, and the ruling paves the way for exactly the sort of investments in affordable housing and other essential community benefits across the city that are needed as we work to recover from the current public health and economic crisis.”

Councilmember Ydanis Rodriguez, who faced significant criticism for supporting the rezoning, said that he would “continue to work alongside the city, the community and local elected officials to ensure that we live up to the agreements we came upon and ensure that we bring truly affordable housing into our community while also providing tenant protection programs for all Northern Manhattan residents.”