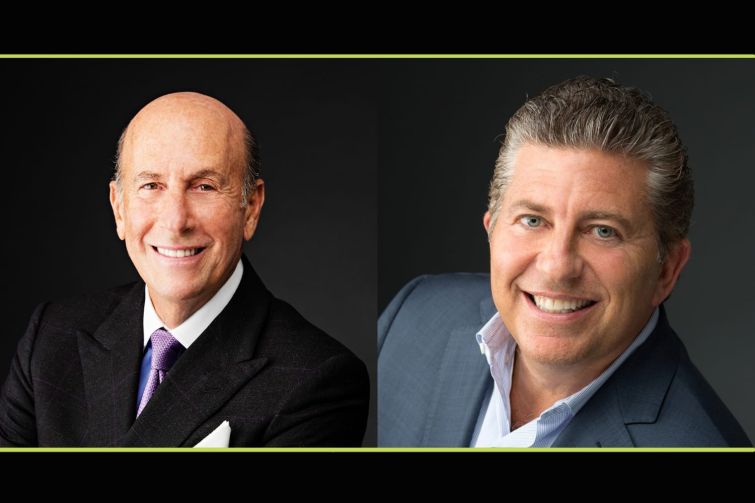 L&L Holding Company celebrated its twentieth anniversary this year, right in the middle of a pandemic that’s upending the world as a whole, and the world of commercial real estate in particular.

But it hasn’t upended L&L.

With a portfolio that spans office and hotel, skyscrapers and groundscrapers, traditional Midtown and techy Flatiron, founders Rob Lapidus and David Levinson have a broad view of the market, which they shared at a virtual fireside chat hosted by Commercial Observer Wednesday.

The talk was part of CO’s Tenant Talk series, moderated by editor-in-chief Max Gross, and was followed by a panel discussion on healthy buildings with a spotlight on L&L’s restored 425 Park Avenue, which was the first tower in New York City to be certified with the WELL health standard.

The important point, said Levinson, is that the short-term changes caused by the pandemic shouldn’t dictate long-term plans.

“We’re in a moment, a challenging moment,” said Levinson. “But are we going to be designing buildings now, because today we have to put fewer people in elevators? Does that mean the next building I design I’ll have ten more elevators? Of course not!”

That’s why they haven’t made significant changes to any of their projects that are currently underway, including the Terminal Warehouse, a 1.2 million-square-foot complex in Chelsea, the TSX Broadway, a mixed-use hotel in Times Square, and the renovation of the Mastercard headquarters at 150 Fifth Avenue in Flatiron.

But, that’s not to say they’re ignoring evolving tenant needs. Rather, the firm’s projects already have the health-focused amenities that tenants will want post-COVID-19, such as rooftop gardens, open air patios, and bike amenities, Levinson said.

“You don’t make decisions in the eye of the storm,” agreed Lapidus. “You’re not redesigning a building for a moment in time if it’s going to last for 50 or 100 years.”

Of course, there is a high probability that the short-term effects of COVID-19 will have longer lasting impacts on certain sectors, for better or for worse, like suburban office, restaurants and retail. While some properties will be distressed, and the city will lose some restaurants and retail businesses, that will mostly be “on the margins,” Levinson said, adding that New York will come back better than before.

While L&L might have been ahead of the curve, this is certainly a moment where people are prioritizing health in every aspect of their lives, and that’s true for the role that buildings play in creating healthier environments.

CO brought together a group of people who have been prioritizing health long before the pandemic, including the esteemed architect Norman Foster, a longtime proponent of healthy buildings and the designer of 425 Park Avenue; Rachel Gutter, president of the International WELL Building Institute; Dr. Joseph Allen, an assistant professor at Harvard University’s T.H. Chan School of Public Health who researches healthy buildings and John Macomber a lecturer at Harvard Business School, along with Levinson.

“This is about lifestyle, it’s about health, which is materially in the air that you breathe, it’s spiritual in terms of the views,” Foster said. “That is an irreversible trend. The pandemic has accelerated it.”

After the birth of the green movement in the sixties, buildings began to reflect that ethos, said Foster. The earliest projects were breathing buildings, they were working with nature, a high emphasis on natural light, on views,” he said.

Over time, the focus has shifted to “the health of the occupants as opposed to the building’s impact on the environment,” even if some of the practices remained the same.

At 425 Park for example, said Foster, the core is on the side of the building instead of at its center. That means every floor has direct access to fresh air, and can customize the airflow to its needs. The building also has a variety of spaces, breakout rooms, meditation rooms, and patios to allow for many different uses.

Gutter explained that the WELL standard looks at both the physical building, and the culture and policies that allow for a healthier workforce. For example, while some buildings offer meditation spaces, many of them are unused. “It’s the intersection of culture and space,” she said.

Gutter said that since the coronavirus pandemic, the conversation has really shifted to developers and landlords proactively thinking about how to make their buildings safe and healthy. 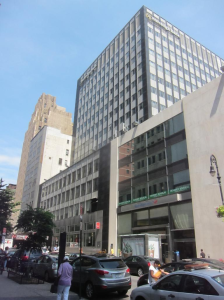 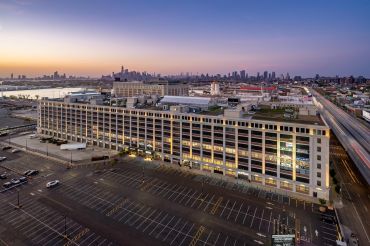