President Donald Trump temporarily suspended the H-1B visa program, utilized by many tech companies to recruit talent, and the firms are pushing back.

Trump’s executive order, issued Monday, suspends a variety of worker visa programs through the end of the year, in an effort to protect American jobs during a period of record-high unemployment, according to Trump administration officials.

But tech companies that hire foreigners through the program, including Google, Facebook and Tesla, have said that the suspension would hurt, rather than help, the economy.

“Very much disagree with this action,” Tesla CEO Elon Musk tweeted. “In my experience, these skillsets are net job creators. Visa reform makes sense, but this is too broad.”

The H-1B program allows “highly skilled” workers, those with associate’s degrees or higher, to work in the United States if an employer sponsors them. The program is capped at 85,000 per year, and the majority of the visas go to Indian and Chinese nationals who work in tech, healthcare, and other industries, according to the Department of Labor.

The visas also go overwhelmingly to just four states, according to data from Pew Research, including California, New York, New Jersey, and Texas.

Google is one of the more prolific H-1B employers among the tech companies. In 2019, it submitted over 8,000 applications, and had at least 425 salaried H-1B holders in New York.

“America’s continued success depends on companies having access to the best talent from around the world,” a Google spokesperson said in a statement to Commercial Observer. “Particularly now, we need that talent to help contribute to America’s economic recovery.”

Amazon, another H-1B employer, which applied for close to 9,000 visas last year, also objected to the move. “We oppose the Administration’s short-sighted action,” an Amazon spokesperson said in an email. “Preventing high skilled professionals from entering the country and contributing to America’s economic recovery puts American’s global competitiveness at risk.”

Trump’s executive order also suspended other worker visa programs, including work visas for internal transfers within a company and nonagricultural seasonal workers, and visas for the spouses of H-1B visa holders.

The move was expected for several weeks, and had the support from Republican politicians. Four Republican senators, including Tom Cotton and Ted Cruz, sent a letter to Trump urging him to suspend the program for 60 days or longer so that available jobs would go to Americans.

Those three companies have been key to Manhattan’s office market, and have leased hundreds of thousands of square feet for their growing workforces in the New York metro area in the last several years. Facebook, which is close to the finish line on a deal to lease 740,000 square feet at the former Farley Post Office, is reportedly considering whether to take over the Neiman Marcus space in Hudson Yards, now that the department store is facing bankruptcy. 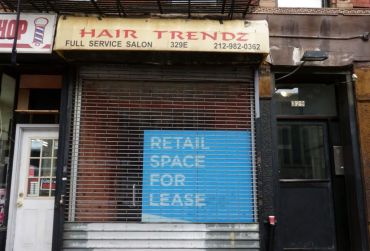 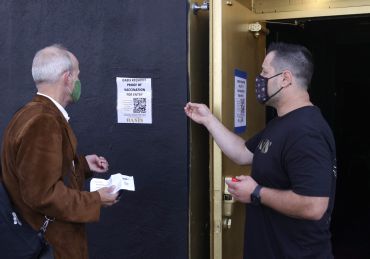