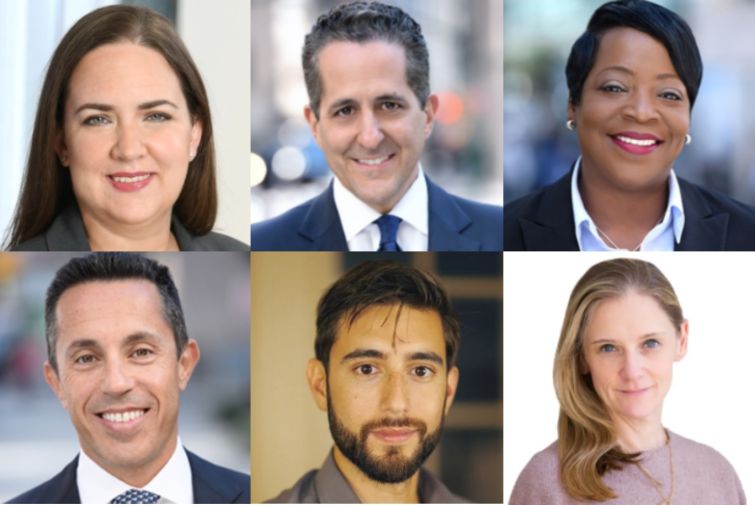 New York City began the first phase of lifting coronavirus restrictions this week and as office workers gear up to return to Manhattan leveraging new technology and office redesigns will be key for a safe return, Commercial Observer panelists said.

During a CO Tenant Talks broadcast yesterday, landlord Silverstein Properties outlined the steps it was taking to ensure a safe return for its tenants including requiring masks be worn in all public areas, installing anti-microbial film on touchpoints, adding plexiglass to the reception desks and spacing out the number of elevator riders.

For its own employees, Silverstein will continue to allow remote working, if possible, along with staggering start times and redesigning spaces. Changes include its conference room which will have chairs removed to maintain social distancing during meetings.

“We will also facilitate our conference rooms with video call capabilities so employees who are working from home are not at a disadvantage,” said Debra Hudnell, the senior vice president of human resources for Silverstein. “They will be cleaned on a constant basis.”

In recent years, Silverstein has started receiving pitches from 50 to 60 tech startups each month to implement to its office and recently backed Dojo. The tool analyzes intra-office communications and can be used to help identify who needs to be in closer proximity in the office to work most effectively.

For a post-COVID-19 office, Silverstein has adapted Dojo to help figure out who needs to be in the office more and who can still be as productive working from home.

“It’s scientific and designed in looking at how a company looks on a day-to-day basis,” Tal Kerret, the president of Silverstein, said. “The platform would run and say what is the optimal way to put people in the physical space, who can work best from home and who are the people who need to be closer.”

“It’s not necessarily departments,” Kerret added. “In most cases, it’s not departments that need to be together but rather teams and groups that work on specific projects.”

Silverstein has started to offer Dojo to its tenants to help them with their back-to-the-office plans and also updated its tenant phone application to include a chatbot tied to the Center for Disease Control to identify if workers could be at risk of spreading coronavirus if they head to the office and tell them the nearest testing site, Kerret said.

The fact that Silverstein has been testing out these products and figuring out the best practices has been helpful for its tenants as they develop their own return to the office protocols, said Arthur Matuszewski, the vice president of talent for Better.com which is a 3 World Trade Center tenant.

“All companies, all landlords are figuring it out,” he said. “Learn from mistakes and learn from successes. We’re grateful for the support in figuring that out.”

Matuszewski said Better.com’s initial wave of employees will return in July but expects to have others come back in September or even later this year.

“No employees that are not comfortable returning are not asked to return,” he said. “We’re in the business in reducing the confusion that our employees are facing.”

But even as the coronavirus pandemic forced companies to adapt to work remote — with some considering shrinking its office footprint after seeing the success — some tenants still feel the office will be an important part of work in the future.

“This work from home experience has been an invaluable education to us,” said Julia Murphy, a director of 7 World Trade Center architect Skidmore, Owings & Merrill which is also moving into the building as well as designing it. “We’ve seen what we can do when we’re untethered from our specific desk, [but] we’re also really feeling the value of working together and collaboration and what it means to be face to face.”

“There are certain, almost intangibles that we miss out on when we can’t come together,” she added.

And even with all the chatter about the death of the office, Silverstein hasn’t had any hard evidence of companies ditching space en-masse yet.

“The jury is still out,” said Dino Fusco, the COO for Silverstein. “There are a lot of anecdotes, a lot of speculation.”