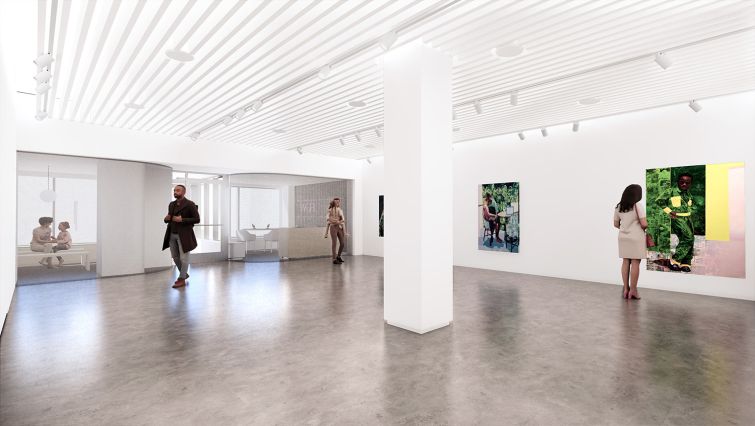 The expansion of the Lower Eastside Girls Club includes a new entry hall with an art gallery that will host a variety of public programs. Rendering: SOM 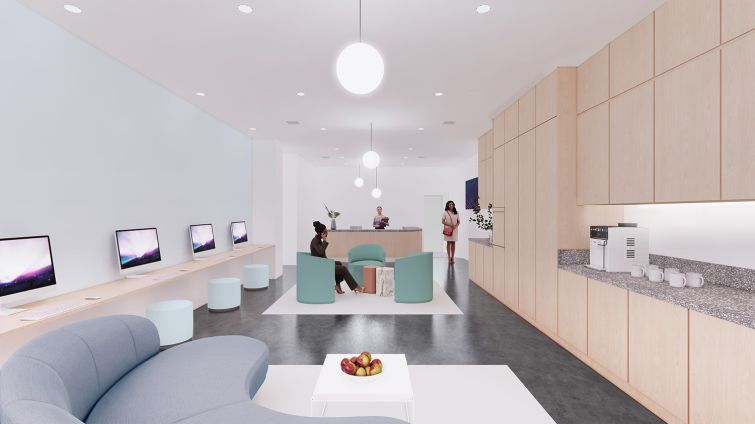 The renovation will also add a reception area and caretaker's lounge where mothers and other kinds of caretakers can get free coffee and tea and use computers. Rendering: SOM 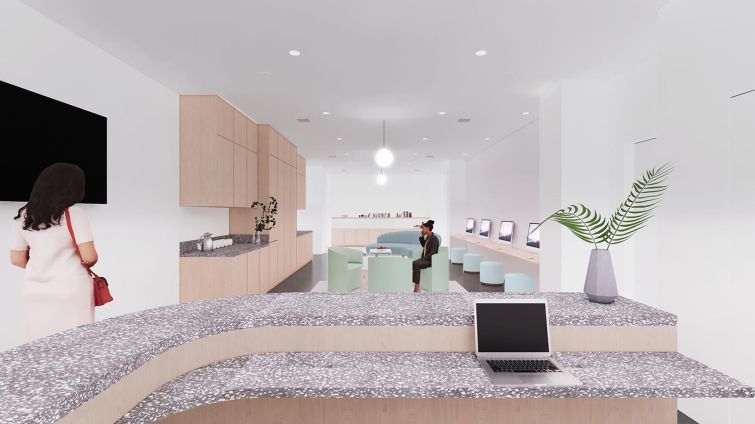 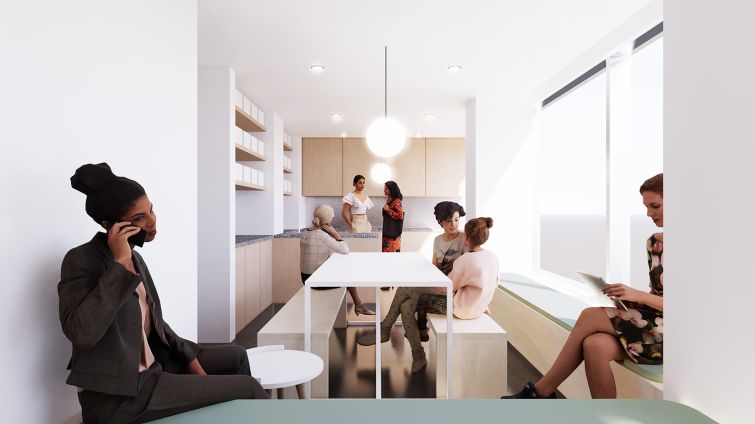 The expansion will also include two more storefront spaces, like this demonstration kitchen and cafe. Rendering: SOM 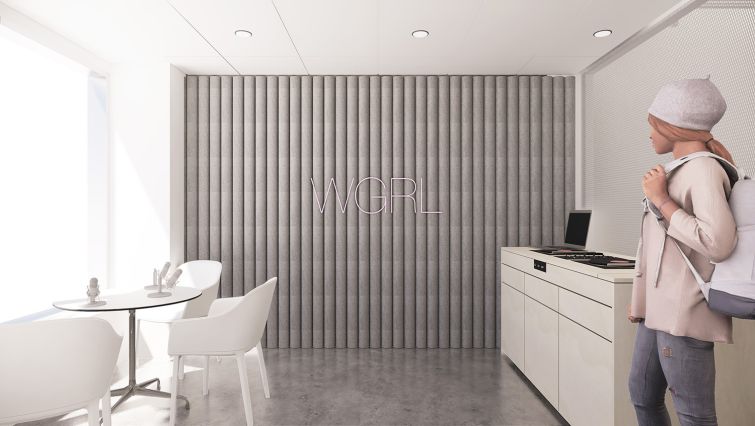 A new ground-floor podcasting studio will face the street too. Rendering: SOM 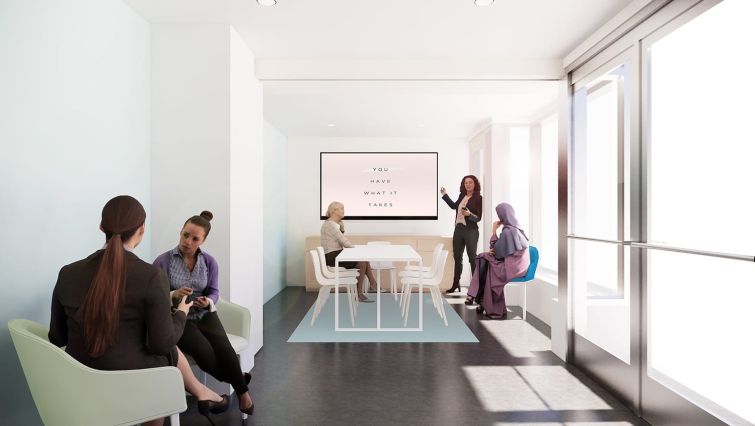 A small room for therapy and workshops will be known as the "Soul Room." Rendering: SOM 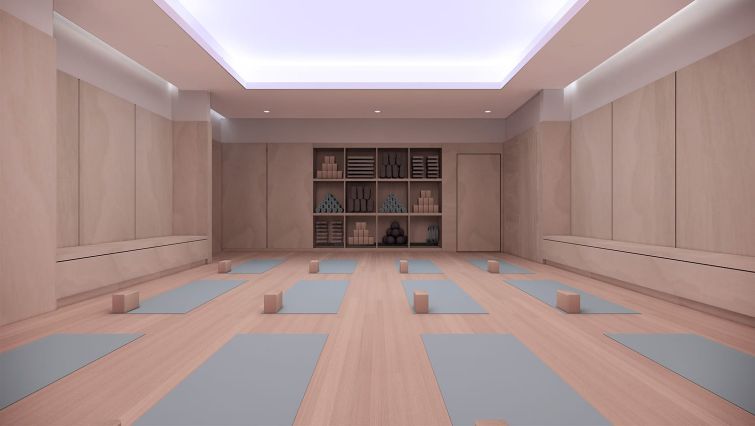 SOM will also put in a new yoga room with speakers and a projector. Rendering: SOM 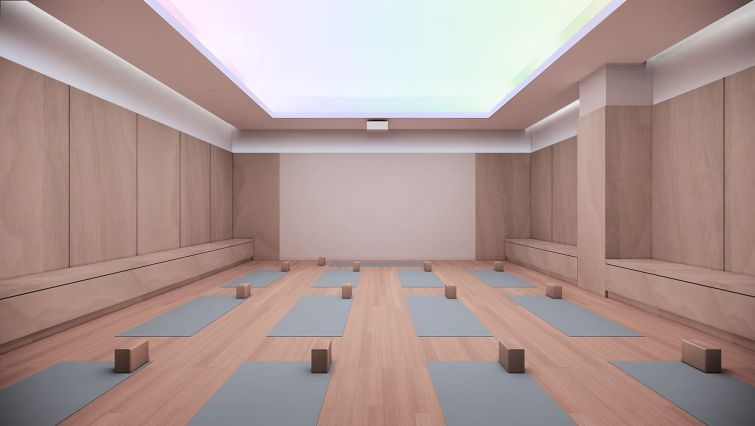 When the Lower Eastside Girls Club decided to expand its headquarters at East 8th Street and Avenue D in Alphabet City, it brought in an all-female team of architects, designers and engineers from SOM, JB&B and Arup to revamp its space.

The group, working pro bono, designed a 5,000-square-foot expansion to the girls club’s existing 35,000-square-foot community center at 402 East 8th Street. The renovation added several new public areas, including an entry hall with a gallery and event space that will display the work of local artists, a podcasting station with a storefront facing the street, and a cafe/kitchen that will also front the street.

Danei Cesario, a project manager at SOM, explained that the cafe “goes beyond a food service or restaurant space. It’s also an educational space where we teach nutrition and wellness through food.”

She added that the addition of the storefront spaces were “an effort to welcome in people who might not be as familiar with Lower Eastside Girls Club, and to show they are expanding their programming and membership.”

Further inside the club, there will be a new “caretakers’ lounge,” which will be a kind of reception area with seating, computers, and free coffee and tea for mothers, nurses and health aides.

“It’s a place for them to rest, to connect, to have free access to computers and wifi and coffee,” said Grete Grubelich, a senior designer at SOM. “It’s a resource for the community to recharge.”

The renovation will also add a new yoga room, which will be equipped with speakers in the benches and ceiling, an adjustable cove light on the ceiling, and a projector that can display visualizations for classes and workshops. The walls, floor and benches will be made of a light wood. In addition, the revamp will include another small room, dubbed the “Soul Room,” for workshops and counseling services.

Construction will begin this summer and wrap by the end of this year.

The design of the space is meant to be neutral, modern and comforting, while remaining flexible, said the architects.

“They didn’t want some crazy loud design,” said Grubelich. “They wanted something clean, flexible and supportive—keeping it simple and on budget, with natural materials.” 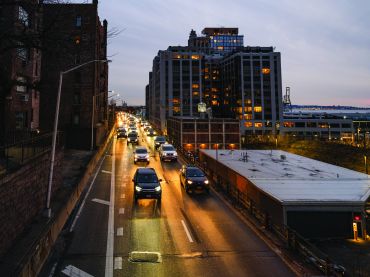