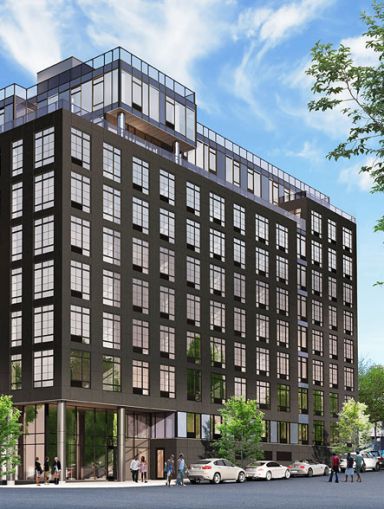 The note is being marketed through Newmark Knight Frank. Lotus Capital Partners is representing the borrower — Pink Stone Capital Group— as a restructuring advisor.

Sources familiar with the sale said the lender is looking to sell the note at par.

The 10-story, 104-unit rental property — also known as Warehouse 180 — sits between Bridge and Duffield Streets and offers residents a gym, a rooftop deck and a bike room. It was previously occupied by Mayfair Ship Supplies.

Richard Ohebshalom’s Pink Stone Capital bought a $9.2 million note on the property in foreclosure in July 2011 from New York Community Bank, according to previous reports, and closed on the $11.3 million purchase of the building in February 2012.

Seven years later, in December 2018, the developer was said to be exploring a potential sale of the asset, per an article by The Real Deal.

Investors Bank provided a $52 million loan on the building in January 2015.

A representative for Investors Bank didn’t return a request for comment. Pink Stone Capital officials could not be reached for comment. Officials at Newmark Knight Frank and Lotus Capital declined to comment.