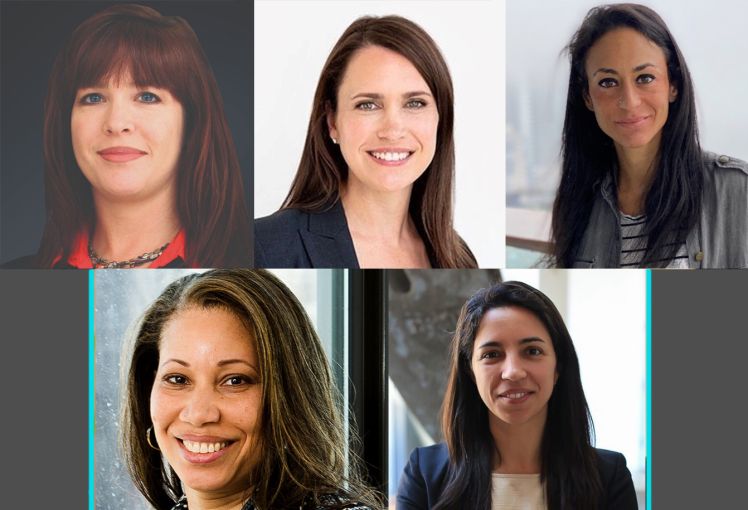 Women in the construction, finance and design industries emphasized the need to find mentors and offered advice on moving up in the industry and navigating male-dominated spaces during Commercial Observer’s women in real estate conference on Tuesday.

Sade Obayemi, a project executive at Pavarini McGovern who spoke on a panel about women in construction and design, said that most of her mentors had been men who listened to her and cared about her career. Nevertheless, she said that she had struggled with men outside her company—particularly certain contractors and subcontractors—who didn’t seem to respect her until she had established herself as an authority on a job site.

“For me the biggest challenge is developing that mental toughness to deal with those trade contractors and subcontractors, who feel that this is a male-dominated field,” said Obayemi. “There are still some trades that believe you don’t belong until they get to know you. It’s really a work in progress, and knowing that you do well, you will command that respect with time.”

Laura Bush, a senior vice president at Lendlease, recalled that her first boss was male and had a strong positive impact on her life.

“My first manager in London would take so much time to walk the job site with me and teach me how to build,” she said. “That was the baseline for my career.”

Other women on the panel felt that sometimes you have to take slightly unconventional steps to advance your career.

Linda Foggie, a senior vice president at Turner & Townsend, said that when she doesn’t see a way to get promoted at a company, “I’ll take a sidestep that people may see as purely lateral, but for me I see if there might be a way up. I took a position with higher responsibility but no more pay. All my mentors counseled me against it. But it’s about positioning yourself for a promotion.”

Meanwhile, Daniela Petrusev, a director at MdeAS Architects, recalled moving from her native North Macedonia to New York City 15 years ago with no specific plans. Then she put together a book of her work samples, distributed it to four different firms, and managed to snag a job at MdeAS, where she’s been ever since.

The next panel focused more broadly on what was going on in the industry during the pandemic. Rebecca Machinga of Withum moderated, and the speakers were Sarah Ashcroft, a vice president and senior regional director at Rockefeller Group; Andrea Himmel, the director of acquisitions at Himmel + Meringoff; Hope Knight, the president & CEO of Greater Jamaica Development Corporation, and Clare Newman, president & CEO of the Trust for Governors Island.

Himmel struck an optimistic note for the future of office leasing and coworking, arguing that with people leaving the city, “there’s also going to be the de-densification which will lead to expanded office needs, and there will be companies that will be growing in the future.”

Knight, on the other hand, reminded the panel that Jamaica had been hit particularly hard by coronavirus and may have a longer recovery. She pointed out that the neighborhood is home to many first responders, and that ridership on the Long Island Railroad and air traffic at JFK Airport were both down 95 percent compared to this time last year. “Our projects are moving forward at a much slower rate,” she said.

During the final panel of the day, Lisa Brill, a real estate partner at Shearman & Sterling, Susan Branscome, a senior vice president at NorthMarq, Sonya Rocvil, a principal and founder at Bedrock Investors, and Karen Ramos, a managing director in loan syndications at Crédit Agricole CIB, discussed the unique challenges women face in the world of real estate finance and offered advice to early-career women.

Branscome said, “there are things that might seem unfair…a male client might work with another male. But I always tried to come in and not think of things as a woman, but as just Susan. So they looked beyond the fact that I was a woman and saw that I was someone who helped them reach their goals.”

Ramos’ advice to women starting out in finance included getting a mentor and hiring a career coach if you’re feeling stuck.

Rocvil also said that her perspective as a woman of color had helped her learn to never give up.

“We had an incident where we had a fire at a property,” she explained. “We were urged to just sell it as is and let the next person take care of it. But we never thought of leaving the property in that condition. We were going to work on it, to take care of it, and we put all the insurance money we got back into it. And we proved the value of the property and a buyer paid us for it. I think it’s important to stick to your principles and not be intimidated.”