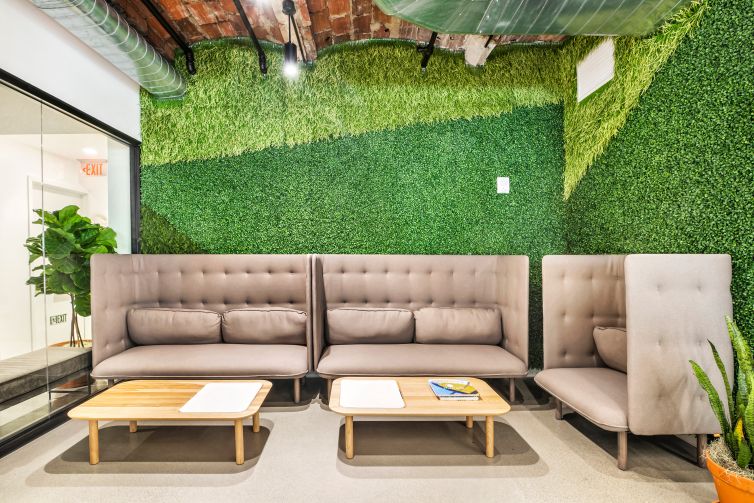 Thor Equities has brought on workspace manager Industrious as a partner to operate the firm’s 36,000-square-foot coworking space in Midtown, Commercial Observer has learned.

Industrious will manage the three-story space at 25 West 39th Street, which is currently managed by Thor’s coworking platform Congregate, both companies confirmed. The space, which was used in pre-pandemic times for events, conferences and as a coworking location, will be co-branded. Other coworking providers in the building, located between Fifth and Sixth Avenues, include The Wing and Spark Labs.

Industrious has previously partnered with landlords like Hines and Macerich to manage shared workspaces in their properties, but the deal marks the first time they will take over operations at a landlord-operated space that’s already built out.

“It’s the first swell of something that’s going to become a giant wave by the end of the summer,” said Industrious CEO Jamie Hodari, as struggling workspace companies look to unload square footage, and landlords look to outsource management of shared workspaces. “The trend is asset-owners bringing in someone to manage a flexible work unit, or workspace-as-a-service unit, or coworking location—either one that they’re currently self-operating, or where there’s another operator in place that things aren’t working out with.”

Flex space provider Knotel announced last month that it’s looking to hand back about 1 million square feet of its 5-million-square-foot portfolio, with a large percentage of that space located in Manhattan, as CO reported.

Thor approached Industrious about taking over the space and the deal closed within just three weeks, Hodari said. It helped that Thor and Industrious have a longtime relationship and that Congregate is landlord-operated space, rather than space leased by a third party, he said. (When Joe Sitt, chairman of Thor Equities, first called Hodari to discuss the partnership, they began by reminiscing about a lunch their families shared in a Northern Italian village four years ago. By coincidence, they had ended up within an hour’s drive of each other that summer.)

One factor that played a role in the deal was the level of complexity that the pandemic has introduced to managing office space, particularly shared spaces, Hodari said.

“Industrious has built a remarkable business model and we are pleased to bring them on as an operating partner for our flexible workspace platform at 25 West 39th Street,” Sitt said in a prepared statement.

The Midtown building was built in 1907 to house The Engineering Society, which counted Nikola Tesla and Thomas Edison as members. In 1961, the society moved and the building was converted to office space.