The Distressed Debt Space Has Plenty of Interest, but the Dam Hasn’t Opened, Yet

Few loan pickups are happening and industry participants are looking to the late summer months for a wave of distressed debt sales. 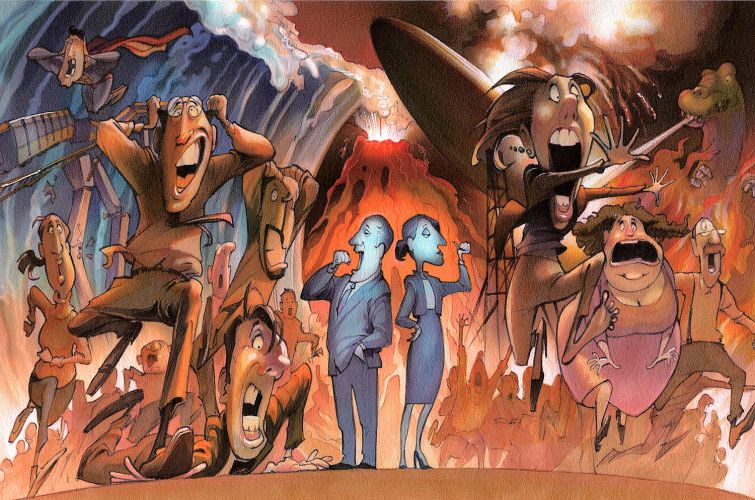 We’re now approaching the two-month mark in the COVID-19 shutdown.

For years prior, industry participants had speculated as to what could cause the next downturn. The general consensus was that the impetus behind that downturn wouldn’t stem from the real estate sector, but rather something that none of us would expect. That was an accurate bet.

Financial markets have been in turmoil since the coronavirus hit, and the silver lining sought amid the pain and uncertainty is distressed market opportunities. After all, for years now, the debt markets have been crowded, yields have been low, competition for deals has been fierce and bargains have been especially hard to come by.

In the past few weeks, whispers of loan sales have materialized in the press. Ladder Capital offloaded $200 million in loans in mid-April to Madison Realty Capital in a bid to meet margin calls; and Bloomberg reported that SL Green Realty Corp. was in talks to offload loans on Industry City to CIM Group, on 95 Morton Street to Rockwood Capital and on a Brooklyn residential project to Kushner Companies — a $30 million loan that Kushner recently bought for 90 cents on the dollar, according to a Wall Street Journal report from April 27.

Elsewhere, sources told CO that Colony Credit Real Estate, Benefit Street Partners, Granite Point, Pine River and Shelter Growth Capital are among the shops who have all been in the market actively selling debt.

While some industry participants at large brokerage houses have said that they are being inundated with requests from eager clients looking for a “bad” or a “distressed” loan to pick up, the tsunami of trades hasn’t quite materialized yet.

“The ‘distressed’ term is not floating around just yet,” said David Stern, the founder of due diligence firm Townhouse Partners, which works with major investment banks as well as many non-bank lenders. Stern said his firm hasn’t yet been flooded with requests to re-underwrite for loan sales or purchases, but instead his firm has been busy simply reviewing and reassessing its clients’ current loan books. “Our lenders and debt funds want to try to work out whatever they can before [they look to sell].”

Still, many investors are sharpening their knives in hope of feasting on distressed opportunities.

During a recent CO live broadcast interview, CBRE senior economic advisor Spencer Levy was asked to opine on when a wave of distressed debt opportunities may hit.

“I say this as a market participant, and the answer is hopefully never,” Levy said. “But, there will be some [opportunities], depending upon how much relief is given at the different types of lending institutions. Right now, I think the area where you will see the least opportunities certainly in the short term is from banks and the insurance companies. But unless we see federal bailout dollars come in soon in the non-bank financial institution space — the mortgage REITs and non-bank and CMBS lenders — that’s where you’re going to see the trouble.”

Leveraged lenders such as Ladder or the publicly-traded mortgage REIT TPG Real Estate Finance Trust (TRTX) have already been battling tumult within the commercial mortgage market. COVID-19 has shaken up securities markets, which has led to margin calls, putting intense pressure on shops like TRTX, who are now scrambling for liquidity by selling off securities or existing balance sheet loans. TRTX’s stock has dipped from just over $20 in late February to $2.52 on April 3. (It has since rebounded and reached $7.46 in afternoon trading on May 1.)

Sources that Commercial Observer spoke with said the loans that are being sold now are trading primarily for strategic reasons, such as allowing sellers to buy back company shares or shore up their balance sheets. Non-bank lenders in particular have shed some loans in order to create liquidity to re-margin their credit lines, but most of these loans are trading at par, and some at higher dollar points, depending on the opportunity’s leverage, credit, sponsor and collections.

“It’s very early,” Dustin Stolly, co-head of Newmark Knight Frank’s debt and structured finance group. “I don’t want to say we’re at the tip of the iceberg because I hope it’s not an iceberg so our core business [of debt placement] can turn back on.”

“The market is an interesting place right now, because there’s tremendous pent up demand for credit investors to invest in liquid securities and hard assets — meaning loans and real estate,” Stolly said. “They’ve been waiting on the sidelines for the best part of 10 years and so you’ve got some of those family offices, private equity funds and hedge funds who in the past seven weeks have primarily been playing in the liquid securities space, buying corporate bonds, CMBS securities and [single-asset/single-borrower] bonds that are easy to underwrite.”

Stolly said that every opportunity with yield that was trading at a discount — as COVID-19 panic first set in — has already been purchased by deep discount buyers.

A lender CO spoke with noted that the loans which traded at a discount previously were marketed especially quietly. “The discounted ones are the ones that nobody wants to talk about…for market perception’s sake,” he said.

“There’s not another buyer who’s willing to buy a SASB bond that someone bought for 50 cents on the dollar for 80 cents so the investor who bought it cheaply can exit at a profit,” Stolly explained. “So that means a shift towards hard assets and loans. The credits that have been taken out thus far have all been performing loans that basically have traded with the assumption they’ll be paid back in full.”

Michael Campbell, CEO of The Carlton Group, said he is currently working on an office deal in Manhattan, where the seller is looking to offload his 40 percent piece of the asset. “This isn’t a distressed deal,” Campbell said. “But the seller is selling it because he wants to be more liquid, so he’s selling it at what he paid for it roughly seven years ago. We’re starting to see some more of that activity.”

Campbell is working on a few loan sales at the moment but said that lenders are selling very selectively. “They don’t want to sell portfolios, they want to do it on a one-off basis,” he said. “They don’t want the market to think that they have liquidity issues and when they sell a portfolio that would be a sign [of distress]. So they’re selling one-off loans, perhaps those that they expect to have problems with in the future.”

“If this virus goes beyond six months then all bets are off, and I think we’ll see a lot more distressed deals where borrowers can’t refinance or people want to get bad loans off their books,” Campbell said.

The eventual non-performing loan sale flow will come from the hardest-hit asset classes you’d expect it might: retail and hospitality.

“As the calendar turns, lenders are busy triaging their loan books to determine who’s paying, who’s not paying, and who is willing to sit at a negotiation table and work things out versus who’s going to hand back the keys on assets where they’re underwater and throwing good money after bad,” Stolly said.

Campbell said: “Everybody wants to jump on opportunity, but I don’t think it’s going to be quick. The hotel space is where the opportunities are going to be for discounted acquisitions.”

One area of opportunity, Campbell said, is highlighted by the groups raising big funds to provide rescue capital to help borrowers pay down their mortgage or pay off their mezz loans — whichever is providing the most pressure — while allowing the borrower to stay in the game. “So these funds are coming in to rescue the owner, and the owner is staying in the deal,”  he said.

“There are a number of requests to rescind contracts and buyers not wanting to go forward, knowing the asset won’t be worth what it was worth pre-pandemic,” said Michael Lefkowitz, a member of Rosenberg & Estis’ transactional department, who has been playing close attention to lenders’ ability to weather the storm or start actions against condo owners.

“The lenders are not usually in a position to want to take the assets back,” Lefkowitz said. “After 2008, we saw a lot of lenders who held on and took greater control and monitored what was going on with regard to sales, but they generally did not take deeds in lieu of foreclosure or attempt to foreclose on the assets.”

They may be a ways off, but UCC foreclosures will likely occur.

“I could see UCC foreclosures, because a lot of the mezz lenders have developer affiliations so they may not be afraid to take over the asset and take the current developer out,” Lefkowitz said.

“Generally — and thankfully —I’ve spoken with a few lenders who are being extremely cooperative,” Lefkowitz said. “Most lender clients have long-standing relationships with their borrowers and are deferring principal or principal plus interest payments for a number of months. I’ve seen lenders not asking too much further detail of revenues, or too much detail on reserves. Other lenders have asked for financial information in terms of collections and how much reserves borrowers are holding. I haven’t dealt with it in the CMBS arena but it’s less friendly because of the various stakeholders; you can’t get to a decision-maker to allow for a deferral.”