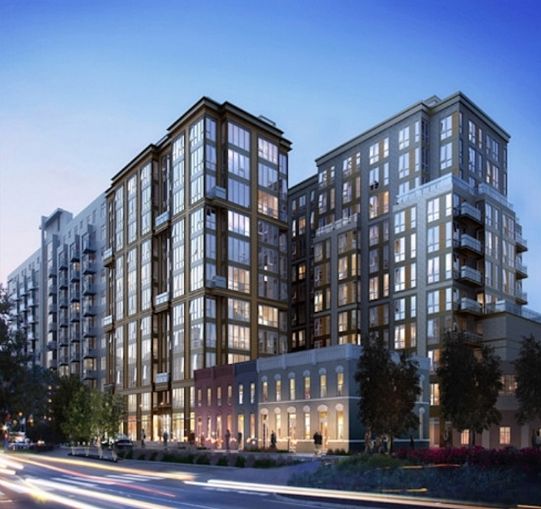 A joint venture between Starwood Capital Group and Jefferson Apartment Group has acquired 1319 South Capitol Street SW, a 30,357-square-foot development site in Washington, D.C., for $31.5 million, in a deal first reported by Bisnow.

“JAG is in the business to acquire, build and manage well located rental apartment buildings,” Greg Van Wie, Jefferson Apartment Group’s senior vice president, told Commercial Observer. “We believe that the ballpark, Wharf and soccer venue will continue to improve the desirability of this neighborhood, its restaurants and its amenities.”

The new owners are expected to break ground on a 320-unit multifamily building at the site, which sits across from Nationals Park, according to Jefferson. The owners obtained a $20.5 million acquisition loan for the deal. Construction is expected to begin in March 2021.

The sellers were a partnership of Ronald D. Paul Companies and Altus Realty Partners.

The sellers originally acquired the site in 2015 for $11 million, with plans to build The Warring, an 11-story, 220,000-square-foot mixed-use development. The project, designed in an “L” shape wrapping around six rowhomes, would have included approximately 200 units, according to Ronald D. Paul Companies’ website.

The development site is situated on the edge of the opportunity zone tract that covers Buzzard Point, and is walking distance to the Navy Yard Metro station.

According to Van Wie, this is the fourth building the company has built in this submarket.

“The combination of amenities, employment and water make this neighborhood special,” he said. “The new community also has excellent visibility and access to major roadways and metro rail.”

Dave Nachison, Alan Davis and Brenden Flood with Eastdil Secured represented the seller on the deal. No brokers were involved on the buyer side.