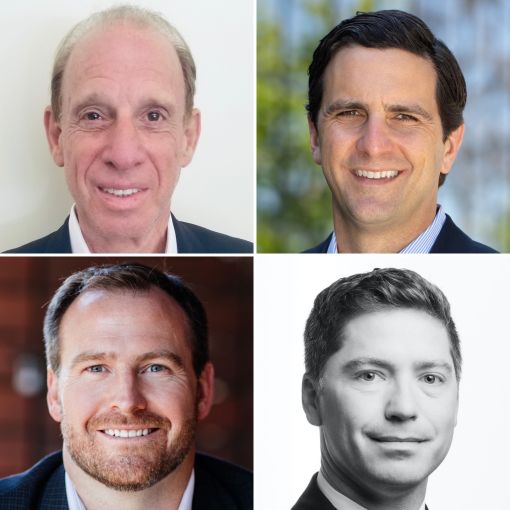 Commercial real estate hirings and promotions cooled off throughout Southern California this spring as shelter-in-place orders slowed activity across the industry. But the past couple of weeks brought some notable moves that came with plans for significant expansion.

Vista is a privately held real estate investment firm that Barach co-founded in 2008 with his son, Jonathan Barach, the firm’s president. Their portfolio has approximately $1 billion in assets under management, including more than 2,000 multifamily units and nearly 2 million square feet of office product in urban infill markets in the Western U.S.

Vista also announced plans to substantially expand its portfolio over the next three years.

“Our plan is to significantly grow our capital base and, combined with the financial strength of our existing balance sheet, pursue increasingly larger value-add and distressed opportunities of $100 million and above throughout the Western U.S.,” Philip Barach said in a statement.

Jonathan Barach will continue to oversee all investment functions, including acquisition, due diligence, financing, asset management and disposition.

“We formed Vista in the middle of the last recession knowing there would be opportunities as the economy recovered,” said Jonathan Barach. “We believe similar opportunities lie ahead, and it’s important that we prepare now before a market correction, and not after.”

LPC West announced the move was made to help drive expansion into the mixed-use sector. The firm has built momentum with mixed-use developments in L.A., including notable projects like Runway at Playa Vista and 100 West Walnut in Pasadena. LPC West has a construction portfolio in excess of $3 billion.

Rawi was previously at Greystar, where he led development activities in Southern California and Arizona. He is also the former president of Rawi Property Group, which focused on urban-infill development and consulting.

Earlier this month, CapRock Partners, an industrial real estate investment and development firm, announced that Taylor Arnett was promoted to first vice president of acquisitions. Arnett joined the firm in 2014, and he supervises acquisitions in Southern California and Southern Nevada.

His responsibilities include sourcing acquisitions, debt and equity, completing due diligence, underwriting and creating business plans for assets. He works across the company’s two investment platforms; one is focused on the acquisition of middle-market industrial assets, and the other is developing large-scale Class A industrial facilities. Prior to joining CapRock, Arnett was acquisitions manager for Asset Management Consultants, Inc.

This year, the firm is building multiple 1-million-square-foot industrial projects, including Colony Commerce Center in the Inland Empire. Newport Beach-based CapRock is also on an expansion track with its acquisition platform, and announced earlier this week that it closed on more than $180 million in funding to grow its industrial real estate portfolio on the West Coast.

CBRE also announced action in Newport Beach this month. The brokerage named Michael DiPrima as its newest executive vice president for CBRE Hotels. He will focus on investment sales in the Western U.S., as well as sourcing debt and equity placements. DiPrima is a 15-year hotels expert who started his career at Hodges Ward Elliott, where he last served as managing director after opening the firm’s L.A. offices in 2015.