The funding will target industrial properties across California, Nevada and Arizona 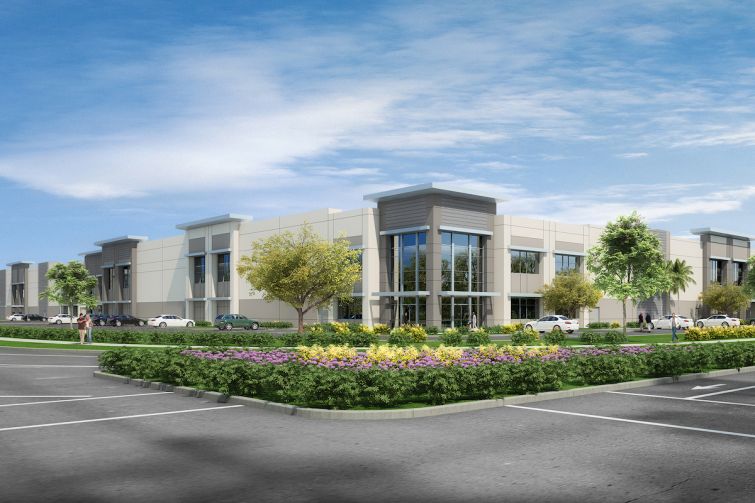 In addition to its new investment fund, CapRock is also an active developer, and recently completed the first phase of Colony Commerce Center above, located in the city of Ontario in the Inland Empire. photo: CapRock

CapRock Partners, a private investment and development firm, has closed on more than $180 million in funding to expand its industrial real estate portfolio on the West Coast.

The Newport Beach-based firm focuses on industrial investment on the West Coast and the country’s port markets. The latest commitments create the firm’s fifth fund, and the third in its industrial value-add series. It will target middle-market industrial properties, typically between $20 million to $50 million per acquisition, across California, Nevada and Arizona, according to the firm.

Southern California is the hottest industrial market in the country, but as with almost every other sector, action has mostly been put on ice due to the suspended economies around the world. But Jon Pharris, co-founder and president of CapRock Partners, told Commercial Observer that his firm has continued signing leases across its portfolio since the beginning of March — without any material change to terms — and they are ready for “what may become more of a buyer’s market.”

“The industrial market had significant tailwinds to begin with, but I think the COVID-19 pandemic is going to accelerate additional demand drivers for industrial assets,” Pharris told CO. “Even after things open up, consumer habits and behaviors are going to be changing, and continue the push toward e-commerce.”

He said tenant interest and demand drivers behind the industrial market have not stopped thanks to retail shutdowns throughout the country, and the convenience of online shopping will continue to shape consumer behavior. Indeed, a few malls around the country that reopened with limited hours and restrictions this month saw historically low traffic.

“How long will it take for people to feel comfortable going back into an improved mall space, especially when there’s the convenience of going online and getting whatever you want delivered to your door?” he said.

Pharris also pointed to other demand drivers as a result of the pandemic, including that more companies want additional inventory on-hand, rather than past focus on just-in-time delivery systems. Further, Pharris predicts that the market will see an increase in companies wanting to move closer to their supply chain, and move manufacturing processes back to the Americas.

“That is a structural shift that was already occurring because it wasn’t cost-effective to have all those manufacturing firms in Asia even before the pandemic,” he said. “So we think there’s a logical conclusion that it could result in some onshoring.”

CapRock Partners is also an active developer in Southern California. This year, the firm is building multiple 1-million-square-foot industrial projects, including Colony Commerce Center in the city of Ontario in the Inland Empire. The project, on behalf of Ivanhoe Cambridge, is one of the largest spec industrial projects under construction in the country, according to CapRock. The first phase of construction was completed last month.