Ornate Surrogate’s Courthouse in Manhattan Gets a Facelift 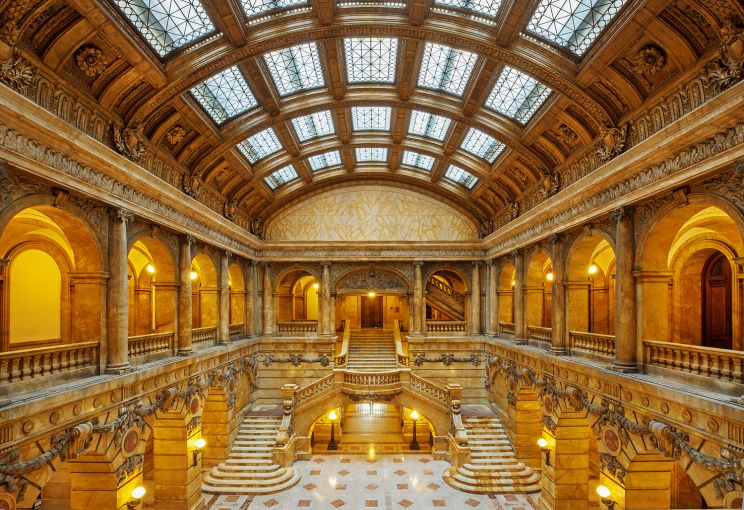 The landmarked New York City Surrogate's Court on Chambers Street was extensively renovated over the last few years and restored by a team of specialized subcontractors. Photo by Ola Wilk/Wilk Marketing Communications 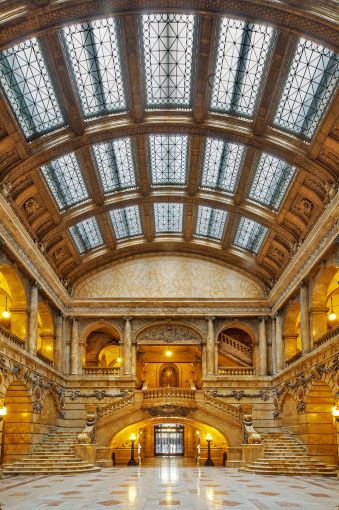 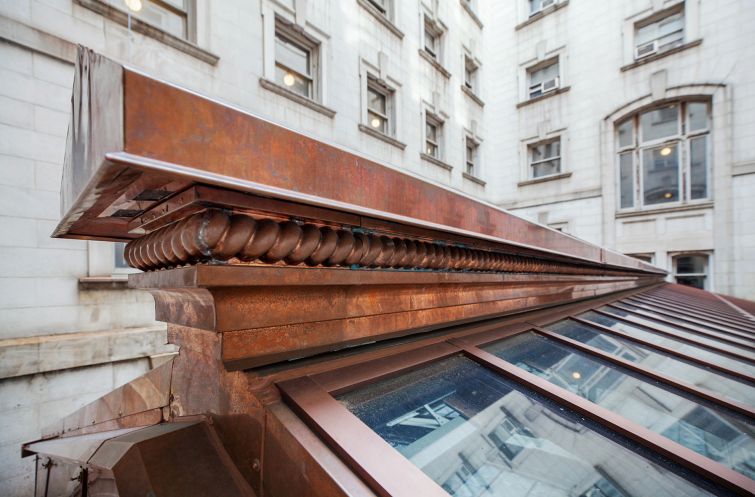 The brass supports that hold up the skylight were repaired, and in some cases, replaced. Photo by Ola Wilk/Wilk Marketing Communications 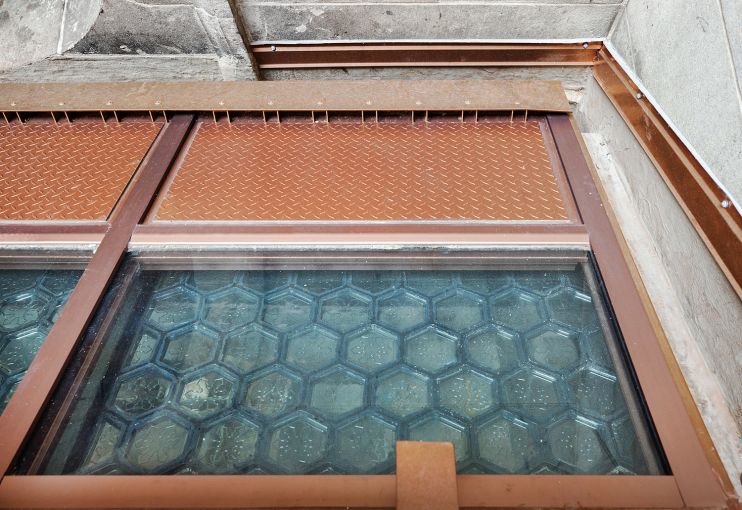 When the city decided it would renovate the landmarked Surrogate’s Courthouse in Manhattan a decade ago, it hired Urbahn Architects to repair and restore the building’s damaged and ornate skylight roof.

The 1907 Beaux Arts structure features a beautiful three-story atrium, two tiers of arches and columns, a grand marble staircase and two tiers of cornices with carved leaves and garlands. Urbahn only handled the restoration from the second-floor cornice and above, leaving the Corinthian columns and other details below to a separate restoration team. However, the curved, coffered roof, which features hundreds of panes of century-old leaded glass and sculptural brass details, was its own challenge.

Before work began, the construction team assembled a temporary roof below the real one to ensure that no one would be injured by construction debris in a building that remained open for public ceremonies. The city government has also rented out the grand space to production companies for TV shows and movies like “Law & Order” and “The Devil Wears Prada.” It was loath to give up the revenue in order to renovate the space. But by 2010, the skylight had been leaking for decades and much of the atrium’s marble and brass was damaged and grimy.

The skylight is actually made of two layers of glass, separated by a narrow crawl space that the project team had to figure out how to heat to ensure that condensation wouldn’t build up inside the roof. Restorers from Bovard Studio removed the inner layer of skylight glass — known as the “laylight” — put them in crates and cleaned them off-site. The criss-crossing lead supports that hold up the glass panes had begun to fail, and were repaired and replaced during construction.

The outside of the roof is surrounded by a translucent cast glass walkway, comprised of hexagonal blocks. Contractors kept breaking the glass blocks when they tried to break apart the mortar that held them together. So a glass fabricator, Gillinder Glass, created replicas of the glass pavers and helped reinstall them.

The third major piece of the restoration involved a large, semicircular plaster pendant just below the roof. The pendant had originally been unfinished, and then in 1933, the city hired an artist to paint a light yellow marble pattern. The faux-marble pattern had been completely obliterated by soot and water damage over the years, and architectural restoration service EverGreene repainted it based on historical photographs. Many of the ornamental brass and plaster details on the inside of the roof and the cornice were also removed, repaired and replaced during construction.

Work on the skylight began in 2016 and was finished at the beginning of this year. The project also just received the Lucy G. Moses Preservation Award from New York Landmarks Conservancy.

Rafael Stein, a principal at Urbahn Architects who oversaw the project, praised the construction team while acknowledging the issues with the city-run bid process for contractors.