CenterPoint purchased the site in March for $85 million 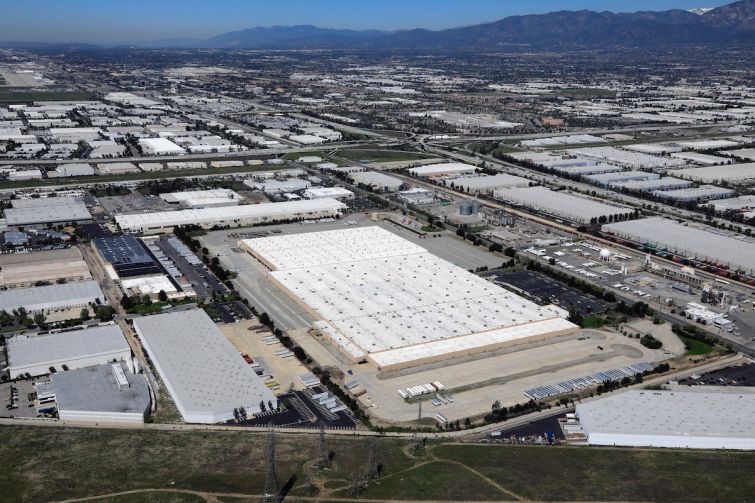 CenterPoint Properties is looking for tenants to fill a vacant distribution facility in the Inland Empire. photo: CBRE

CenterPoint Properties is looking for tenants to fill a massive and vacant distribution facility with 1.63 million square feet of space in Southern California’s Inland Empire — the nation’s premier market for industrial real estate.

The region has been expanding for years, but like almost every other sector, industrial activity has been cowed by shelter-in-place orders and the subsequent economic downturn caused by coronavirus. Property records show CenterPoint purchased the site in March in a $84.94-million trade with Winthrop Realty Trust.

Greg Pearson, vice president of CenterPoint, told Commercial Observer that they were working on the deal for almost two years.

“Ultimately, we’re going to reposition it and hope to capitalize on the abundance of parking,” he said. “There’s a 12-month leaseback, which is going to eventually lead CenterPoint to update the building and institutionalize it through a combination of yard work, add dock-high loading, and addressing deferred maintenance.”

The deal closed just before shelter-in-place orders were enacted, but Pearson said the deal still would have “definitely” gone through had they known the pandemic was going to hit.

“That’s because there is no larger contiguous property closer to the port network,” he said. “That type of intrinsic characteristic, in my opinion, has an evergreen kind of value. It cannot be replicated.”

Despite the downturn, CBRE announced it joined CenterPoint in leasing the 94.4-acre property at 5600 East Airport Drive in the city of Ontario in San Bernardino County. CBRE and CenterPoint declined to share an asking rent price. Pearson said they are looking for an e-commerce tenant or port user.

In March, Ryan Dunlap, senior vice president of investments for CenterPoint, told Commercial Observer that Sears Holdings was the former tenant, who used the property as a distribution center. Just as it was closing 96 stores in November, Sears announced that it secured $250 million in financing from Cantor Fitzgerald for a portfolio that included the Ontario industrial property, according to media reports.

The acquisition is CenterPoint’s first investment in the Inland Empire since 2012. The firm is based in Oak Brook, Ill., in the western suburbs of Chicagoland. It has an expansive portfolio throughout Southern California, including dozens of properties in Los Angeles and Orange Counties, as well as the Inland Empire.

Pearson said CenterPoint is going to continue to move forward, and continue to acquire assets in key market. He said he doesn’t anticipate a coronavirus-driven slowdown in activity.

“Our pipeline remains robust with acquisition and development opportunities,” he said.

“The Inland Empire industrial market continues to experience demand from tenants in the e-commerce, consumer products, clothing and food and beverage sectors,” said CBRE’s Jim Koenig, in an email to Commercial Observer. Koenig is based at CBRE’s Ontario office.

“There has already been a good amount of early interest in the CenterPoint property from tenants currently leasing space in the area looking to expand their footprints as well as tenants both regionally and nationally looking to lease space in the Inland Empire,” he said.

Update: This story has been updated since publication to include comments from CenterPoint’s Greg Pearson.