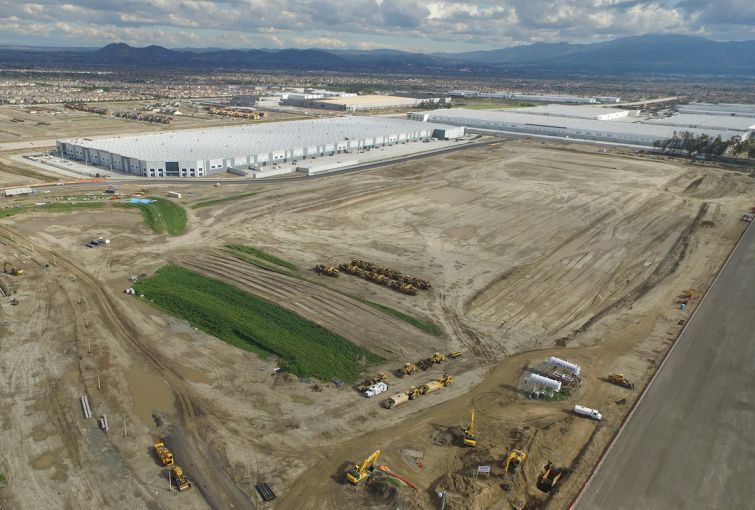 Investment and development firms REDA and Clarion Partners have announced a major 1.25-million-square-foot lease with distributor Uline, Inc. at a logistics center in the Inland Empire.

Uline will occupy a property that is currently under construction at the 124-acre business park development called Ontario Ranch Logistics Center at 4815 South Hellman Avenue in the city of Ontario. The new building is set to be complete in September 2021.

The parties declined to disclose the terms of the deal and there was no published asking lease rate. A source familiar with the deal told Commercial Observer that the triple-net lease is for a minimum of 10 years in the mid to high $0.60 range per square foot per month.

With 20.5 million square feet of space under construction, the Inland Empire had the most active industrial pipeline in the nation in the first quarter according to a recent report from JLL. The Ontario Ranch Logistics Center is a development by Real Estate Development Associates (REDA) and Clarion Partners in San Bernardino County which first broke ground in January 2019. A second phase that started this year includes the building that will be home to Uline, a family-owned distributor of shipping, industrial and packaging materials.

REDA also plans to begin spec construction on a 115,000-square-foot building at the business park slated to open early next year. The entire six-building logistics campus will feature 2.6 million square feet of industrial space when complete.

Uline is the second tenant at Ontario Ranch Logistics Center after personal care corporation Kimberly Clark signed to an entire 1.18-million-square-foot building in mid-2019. The corporation, which mostly produces paper-based consumer products, moved into the now-completed industrial building in March.

Newport Beach-based REDA and Clarion Partners have more than 6 million square feet of space planned or being developed in the immediate area.

“The lease activity with such strong firms as Uline and Kimberly Clark further reinforces the dominance of the Inland Empire market, especially as it relates to e-commerce,” said REDA co-founder and principal Jason Krotts, in a statement. “Even when considering the economic impact of COVID-19, economists have continued to assert that e-commerce will remain a strong real estate segment.”

Uline was represented by CBRE’s Dave Desper and Joey Sugar. CBRE recently reported that the impact of coronavirus will likely accelerate the expansion of e-commerce activity as consumers balk at visiting retail stores due to widespread stay-at-home orders and social distancing guidelines.

Many prominent e-commerce companies are operating at a greater capacity than peak holiday season and increased demand for online retailers is likely to drive further absorption throughout Southern California, according to CBRE. Major e-tailers like Amazon recently announced plans to expand their workforce in response to increased demand.