The office market in Washington, D.C., has historically been something of an outlier. 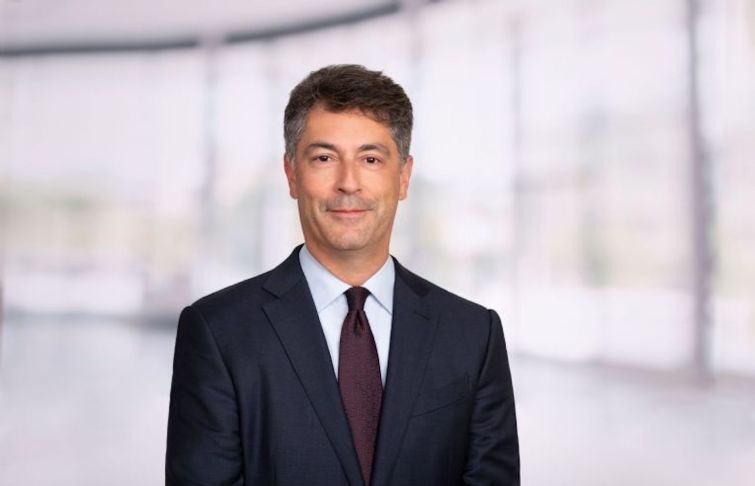 While the commercial office markets in many primary cities tend to mirror the broader markets, rising and falling along with the S&P 500 Index, the D.C. market has not responded to severe downturns in the economy with a similar downward trend.

A new report by Savills shows how D.C. has bucked the trend, comparing D.C. market rents to U.S. economic declines.

David Lipson, vice chairman and director at Savills, told Commercial Observer that while the trajectory and ultimate fallout of the COVID-19 pandemic is still impossible to predict, D.C.’s history provides some insight on what the office market might expect when the country returns to the “new normal.”

Commercial Observer: How would you characterize how office rents in D.C. compare to elsewhere during this time?

David Lipson: Nationally, the office market has weakened due to the COVID-19 pandemic and most tenants with upcoming real estate decisions are stepping back to re-evaluate capital, workforce, and space design needs before committing to new leases. In D.C., an already tenant-favorable market, after an initial pause, landlords have begun recognizing that the market is weakening further and have offered improved economics to the tenants currently in the market. So far, increased concessions (free rent and tenant improvement allowances) represent the majority of the improvement in economics. In other office markets, the current economic conditions have similarly led to increased concessions—but also to rent reductions, although it is too early to see a dramatic shift in average asking rents across entire markets.

With the economic declines we are seeing, why does the D.C. market continue to hold steady?

Washington is unlike other office markets in that its core tenant base is made up of government, legal, trade association, nonprofit and related sectors. These sectors have been historically resilient during times of economic volatility and are expected to continue to contribute to the stability of the market. D.C. lacks abundant financial services technology, or FinTech tenants, which have been growth drivers on both coasts in markets like New York and San Francisco. As a result, we haven’t experienced a demand boom over the past decade, but we are also unlikely to have the busts that other markets have sustained in the past.

Looking at past challenges—the dot-com bubble crash and the aftermath of the September 11th terrorist attacks for example—the S&P 500 Index fell 41.1 percent from peak to bottom, yet D.C. was ok. Why?

The S&P 500 Index often serves as a proxy for the health of the U.S. stock market and the overall economy. Overlaying the S&P 500 with average office asking rents for other gateway markets, including New York and San Francisco, shows a coincidence and likely correlation between the trajectory of the index’s trendline and asking rents. The D.C. market, however, is an outlier in that its rents do not rise and fall with the economy. However, the limited change in asking rents does not mean that the D.C. market has not been weakened by previous recessions, nor that it will be impervious to the effects of the COVID-19 crisis.

Big cities like New York and San Francisco always take big hits during these challenging times. Why is D.C. so different?

During historic downturns, D.C. owners have decided against reducing asking rents to fill space like they do in New York and San Francisco. Cash incentives — concessions — made up of free rent and a tenant improvement allowance, have been D.C. landlords’ preferred enticement to tenants. During the just concluded boom market, when cash was ample, and investors competed for leased assets, D.C. developers and owners found it necessary to offer increasingly larger concessions to secure the base rents necessary to take full advantage of plunging cap rates and record multiples on each dollar of rent. In other words, the cost of selling at the top of the market rose alongside the stock market. During this economic downturn landlords may no longer be chasing multiples, but rather a shrunken tenant base, as they try to stabilize their buildings by using whatever means necessary to secure tenants.

Why is studying landlord-provided concessions and tenant effective rents a more logical metric in your opinion?

Studying asking rents alone can be a misleading and landlord-favoring metric that portrays the D.C. market as nearly immune to economic volatility. D.C. has been tenant-favorable for over a decade—with the highest landlord-provided concessions of any office market nationally.

What lessons have D.C. real estate veterans learned from the pandemic?

This crisis has been unique, but the ones before it seemed unique at the time too. Ultimately, it is tenant demand that drives the market and tenants that don’t absolutely have to do something now (because of lease expirations, inability to pay rent, or unique opportunities or constraints) will take a step back and wait to understand the impact on their businesses and space needs before coming to the market.  The real estate market—and rents and concessions—will respond to these needs and not the other way around.

What do you expect to see in the market over the course of the rest of 2020?

While the trajectory of this unprecedented crisis is difficult to foresee, it is likely the market will see a continued increase in availability and erosion of tenant effective rents. If the past is any indicator of the future, we’d expect the tenant-favorable market conditions in Washington, D.C. to continue and even accelerate for the foreseeable future.

Is there any reason to believe that COVID-19 will be different in the way D.C. survives? Why do you believe it will continue to trend the way we have always seen?

If landlords are no longer able to access the capital required to fund increasingly generous concessions, then weakened market conditions could be reflected directly in lower asking rents. Regardless, we do not expect to see asking rents drop at the dramatic rate of other markets. Concessions will remain elevated and the D.C. market set firmly in the tenant’s favor.