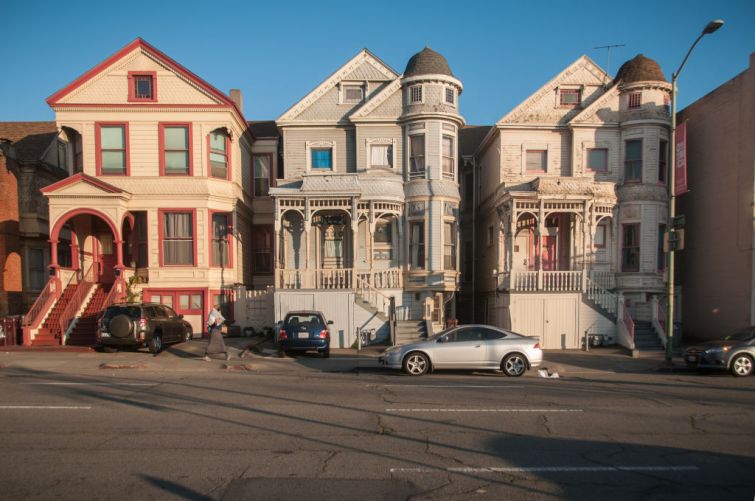 The city of Oakland will open 10 percent of its streets to walkers, cyclists and runners, to facilitate safer physical distancing while Californians are under a shelter-in-place order, Mayor Libby Schaaf announced.

The program, called “Oakland Slow Streets” will close 74 miles of streets to through traffic, while still allowing local cars to pass. The streets included in the program are part of a planned network of bike lanes for the city.

“By opening our streets to bikes, joggers, pedestrians, we’re giving Oaklanders more room to spread out safely,” Schaaf said during her announcement of the program Friday.

“Our streets and sidewalks represent about 25 to 30 percent of Oakland’s land, and we decided to take advantage of that resource,” Alexandra McBride, Oakland’s chief resilience officer, said during a virtual town hall Thursday night, when the initiative was first revealed.

With physical distancing orders in place across the country, and streets deserted of cars, cities like Oakland are rethinking how public spaces can be used to facilitate safer ways for people to be outdoors while remaining six feet apart. Many cities have closed parks and other public spaces for fear of crowding, potentially leading residents to crowd sidewalks instead. The shutdown has also led to an increase in cycling in some cities, as people avoid public transportation.

Oakland is the first to implement such a vast network of slow streets, but other cities have attempted something similar. Local governments in Denver, Minneapolis and Philadelphia have implemented some street closures, and 675 people in D.C. signed a letter to the mayor asking for street closures and temporary bike lanes. Meanwhile, New York City canceled its “open streets” pilot program after just two weeks because it required 80 police officers to enforce, Mayor Bill de Blasio said.