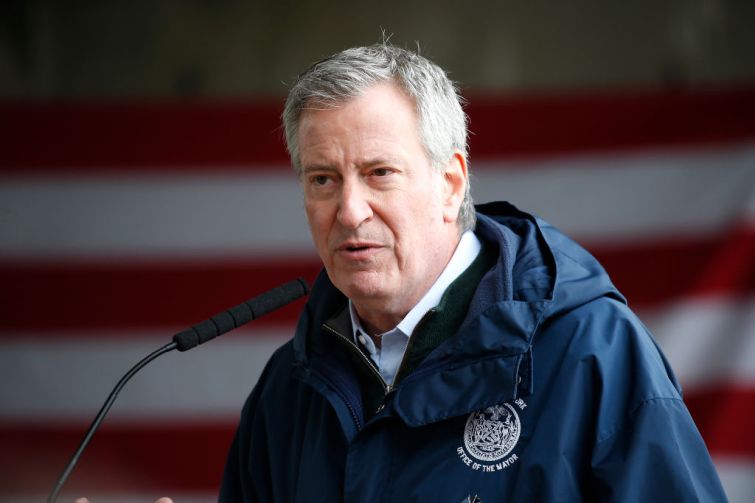 Mayor Bill de Blasio’s office released a statement this morning that the city had chosen to suspend its ill-fated “open-streets” plan, which involved closing a handful of blocks to car traffic in four boroughs where New Yorkers could spend time outside while maintaining six feet between one another.

The two-week-long pilot required over 80 police officers in Manhattan, Brooklyn, Queens and the Bronx to enforce the street closures, because the mayor and the police department chose to station three to four cops at each intersection. The city had opted to close eight blocks of 34th Avenue in Jackson Heights, Queens, seven blocks of Bushwick Avenue in Brooklyn and a five-block swath of Park Avenue in Midtown Manhattan.

“Over the past two weeks, overcrowding was not an issue, but we did not observe enough New Yorkers utilizing the open space to justify the NYPD presence,” the mayor’s office said in an e-mailed statement to reporters. “The NYPD is playing a crucial role in protecting New Yorkers from COVID-19, and they themselves are vulnerable like the rest of us to this virus. Given the low utilization of the open streets and the growing number of officers out sick, this is not something we can prioritize at this time.”

Meanwhile, New York City’s parks—especially larger ones like Prospect Park—have become increasingly crowded on warm days. New Yorkers, confined to their homes by the coronavirus outbreak, have few other places to enjoy the sunshine.

Meanwhile City Council Speaker Corey Johnson said he is going to keep trying to open up streets for pedestrians only.

“It’s better not to have people crammed into parks and on sidewalks,” Johnson said on NY1 this morning. “We want to be strategic about the plan to open up our streets. I think we can do something a lot bigger [than the mayor’s plan] while not needing as many personnel. The Council is going to keep pushing, and this is going to be more important than ever as the weather gets nicer.”