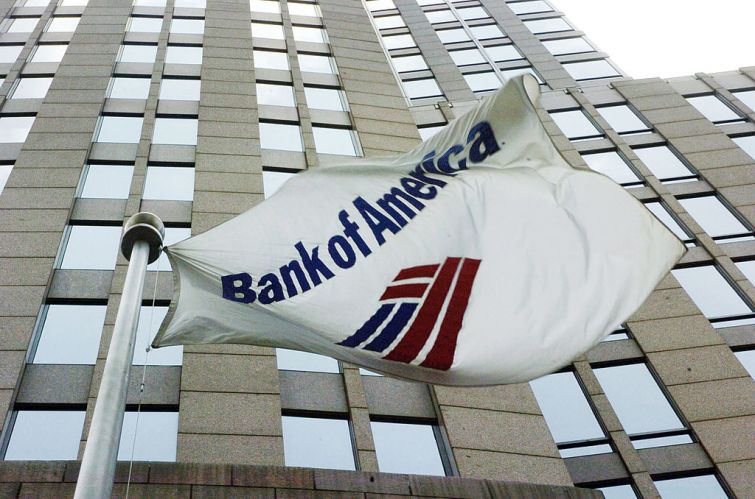 The rollout of the emergency federal loan program for small businesses, which began accepting applications today, has been chaotic, as lenders scramble to manage the onslaught of applications.

The $350 billion portion of the CARES Act, called the Paycheck Protection Program, allows small businesses to access up to $10 million in loans through the Small Business Administration to cover their immediate expenses as they contend with the coronavirus crisis.

The loans, which are administered through private lenders and guaranteed by the federal government, can be partially or entirely forgiven under certain conditions. They need to be repaid within two years, and interest rates are fixed at one percent.

Some lenders see the program as an attractive prospect, since the loans are guaranteed, they can be completed with little to no underwriting, and the federal government is covering the processing fees, which range from one to five percent. The Treasury also raised the interest rate to one percent from 0.5 percent Thursday, after lenders complained that the margins were too thin.

But while some businesses are desperate for the cash, it’s unclear how soon they’ll receive the money, or how soon banks will be able to even begin processing their applications. Many were unprepared for the April 3 rollout, given that the final applications for the program were released only the day before. Treasury Secretary Steven Mnuchin tweeted a link to the approved application late Thursday night. “Speak To your existing #bank to see if you can apply!” he posted.

J.P. Morgan Chase and Wells Fargo, both approved lenders, had no application portal available as of Friday afternoon; Bank of America is accepting only existing business clients as are many smaller banks, prompting backlash from longtime customers, while many regional and local lenders do not have the infrastructure in place to begin processing loan requests.

Fintech companies have been eager to step in and help facilitate the program, claiming to be in a better position to move at the speed that this crisis requires. Online lenders like Kabbage, Lendio, and Funding Circle have set up online application forms through their websites, and have been in direct contact with the Treasury and SBA, Cheddar reported, in an attempt to streamline the application process. But it’s unclear how helpful they’ll be, since they are generally third party platforms, not lenders themselves.

Here are some answers to the pertinent questions lenders and borrowers are asking:

Which businesses are eligible?

Any businesses with fewer than 500 employees that was operational on February 15, 2020 and has been affected by the coronavirus pandemic. Independent contractors and the self-employed are also eligible, but they can only apply beginning April 10. Their start date was pushed back Thursday night, according to Treasury guidelines, to help with the expected influx of applications.

Which lenders can supply loans?

The lenders that can administer the loans include the existing list of SBA approved lenders, who already work with the agency, and the Treasury Department is accepting applications from eligible lenders.

Those include all federally insured depository institutions and credit unions, and the treasury is expanding which additional lenders are eligible, according to a fact sheet released by the treasury department.

What underwriting is required?

Lenders need to verify three things when providing the loans: that the business was open on February 15, 2020; that the company was paying payroll salaries and taxes, and their monthly average payroll, according to the Treasury Department.

Businesses can borrow up to 250 percent of their average monthly payroll costs, with a cap of $10 million. The average monthly payroll costs is calculated after certain exclusions, including employees living outside the United States, any compensation above $100,000 per employee, and compensation for independent contractors, according to the terms outlined in the CARES act.

Under what conditions will a loan be forgiven?

The loans will be forgiven if the funds are used for certain expenses and to the degree that payroll is maintained at the level it stood on February 15, 2020. All funds used for payroll, interest on mortgages, rent and utilities can be forgiven, although at least 75 percent of the forgiven amount must have been spent on payroll.

The company must also maintain its payroll over the life of the loan, or rehired employees before June 30, 2020 for the loan to be forgiven. The amount of forgiveness will be reduced as payroll decreases, either through layoffs or reduced hours or wages, according to the SBA website.

What are the details on fees?

In addition, agents can receive fees up to one percent, which will be taken out of the existing fees, and not from the client. Loans can be resold on the secondary market, and the SBA will not be involved in the fees for those transactions.

Will it be enough?

While the program is currently capped at $350 billion, many believe that will not be sufficient. According to the SBA, there are 30 million businesses with fewer than 500 employees, employing around 60 million people, or half of the private workforce in the United States. Their combined payroll is roughly for the two-and-a-half months covered by the loans is roughly $2.7 trillion, according to an estimate by a George Washington University economist.

Mnuchin responded to that concern on CNBC saying that if it’s true that the loan pool runs out, “I can assure you that will be top of the list for me to go back to Congress on. It has huge bipartisan support and we want to protect small business.”