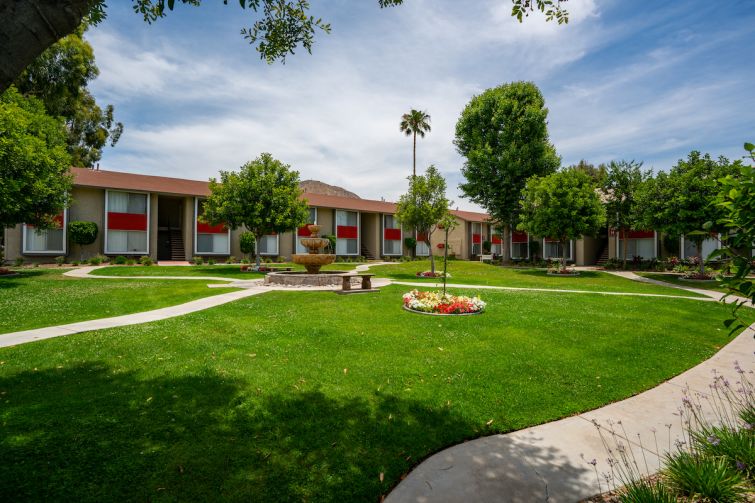 The Heights at Grand Terrace at 22491 De Berry Street. Photo: The Mogharebi Group

The property is called The Heights at Grand Terrace, and it’s located at 22491 De Berry Street in the city of Grand Terrace, one of the smallest towns in San Bernardino County. The Mogharebi Group (TMG) announced and brokered the transaction, but declined to confirm the names of the buyer or seller.

Property records show The Heights was owned by an entity named Crest Timbers LLC, and was acquired by a group of LLCs that are all tied to HGI and its president, T. Richard Litton Jr. Crest Timbers purchased the property in June 2017 for $33.05 million from a family trust. New York City-based Ares Commercial Real Estate Corporation, through its entity Acrc Lender LLC, provided $27.05 million in financing for that transaction almost three years ago, records show.

The Heights at Grand Terrace property was built in the 1970s. It includes 19 buildings with 192,000 square feet of rentable space over nine acres. Its average unit size is 842 square feet, and the property features a pool and spa, a fitness center, a clubhouse, a multimedia room, and more.

Alex Mogharebi and Otto Ozen of TMG represented both parties in the transaction. Ozen, executive vice president of TMG, said the transaction, which penciled out to $199,561 per unit was a record for apartment communities in Grand Terrace.