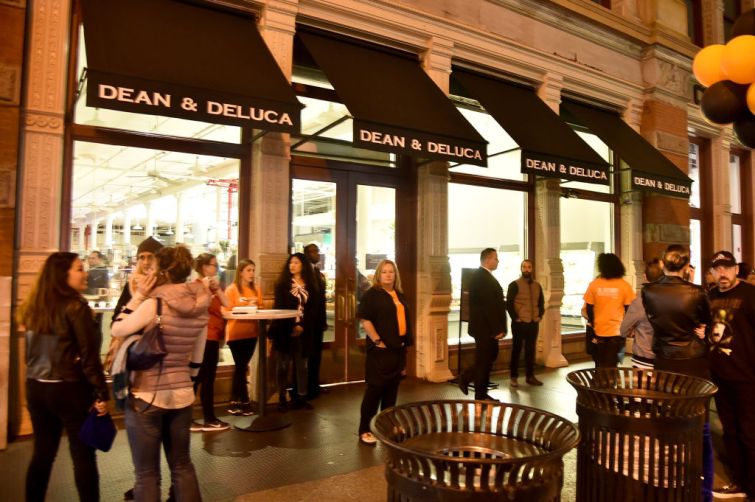 The chain, owned by Thailand-based Pace Development Corporation, submitted Chapter 11 proceedings yesterday and listed between $100 to $500 million in estimated liabilities and only $10 to $50 million of assets, according to court documents.

Pace’s goal for the filing is to sell off “all or a substantial part” of its assets to restructure the company and remain open, filings show. The company only has one remaining employee.

Its largest debtor in the filing is Midtown Equities, to which Dean & Deluca owes $21 million over its failed and expensive cafeteria-style restaurant Stage at 29 Ninth Avenue, court filings show.

A spokesperson for Pace did not immediately respond to a request for comment.

Dean & Deluca’s bankruptcy filing is the latest struggle for the once-thriving chain that has been slowly dying across the country. The chain was founded in Manhattan in 1977 and bought by Pace for $140 million in 2014, Financial Times reported.

The chain had 11 locations across the United States while Pace planned to grow its presence in Asia. However, Pace faced financial difficulties in recent years and Dean & Deluca fell into trouble.

Last year, the New York Times reported that the debt-ridden chain had sparsely stock shelves — with Coca-Cola cans instead of its usual selection of gourmet items — and failed to pay employees and small food suppliers.

Pace had been seeking a $60 million cash infusion to save the chain, but it defaulted on about $315 million of debt in 2019, Bloomberg reported.

Part of the issue stemmed from its failed Stage eatery. Pace CEO Sorapoj Techakraisri wanted to expand to a restaurant format to move away from its deli-style takeout image and started eyeing the duplex-space at 29 Ninth Avenue since 2016 for a prototype, according to the Times and the New York Post.

After sinking millions of dollars into Stage, it finally opened in April 2019 but shuttered in July. In August 2019, Midtown sued Dean & Deluca claiming the chain owed millions of dollars for two months of unpaid rent, late fees and other costs at Stage, as Commercial Observer reported.

Dean & Deluca is the latest New York grocery institution to file for bankruptcy in recent months. In January, Fairway Market submitted Chapter 11 proceedings for a second time in about four years with plans to sell off its 14 locations in New York, New Jersey and Connecticut.

How South Florida Has Grown as a Market for Business