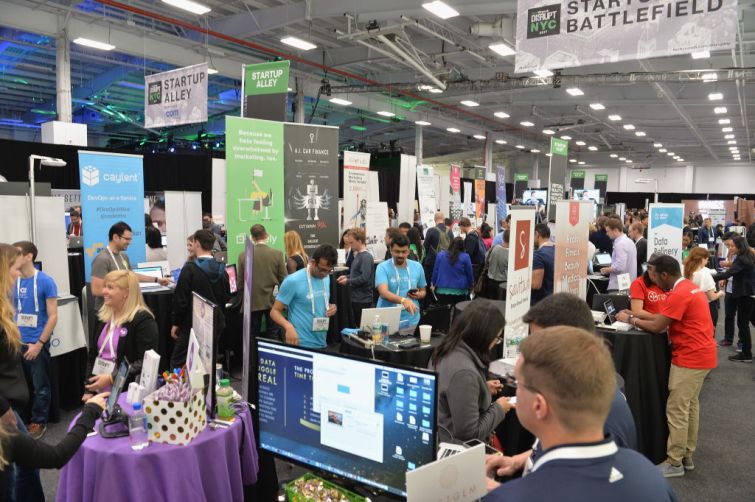 A report from the Center for an Urban Future (CUF) and Tech:NYC found that while some tech companies in the city have been able to weather the coronavirus pandemic — with some even actually growing during this time — most are struggling to survive.

“The majority of tech startups are having financial difficulties, many have lost a significant chunk of their sales and many are more vulnerable than ever,” said Jonathan Bowles, the executive director of the think tank CUF. “It’s likely that a good number of startups are going to go out of business.”

That could be problematic for the city coming out of the coronavirus epidemic as tech has become a vital part of its economy in recent years, Bowles added. Even though giant companies like Google and Facebook have presences in the city, the city’s tech sector is mainly made up of small- to mid-sized startups reeling from the economic impact of the disease.

“New York’s tech sector has become one of the engines of New York’s economy, it’s something New York didn’t have after 9/11,” Bowles said. “Tech can really help New York come out of this crisis strong, but it’s important that a lot of these small- and mid-sized startups can survive.”

Last year, TAMI (technology, advertising, media and information services) made up 32 percent of office leasing activity in Manhattan, according to a report from Colliers International. All told, technology companies leased about 28 million square feet in the borough by the end of 2019, about 7 percent of the total office space, a CBRE report found.

“Tech companies have driven a lot of the high-wage employment growth, but they’ve also really been a short in the arm for the office sector,” Bowles said. “If a lot of these startups don’t make it through, we’re going to see enormous vacancies.”

CUF and Tech:NYC’s study interviewed nearly two dozen founders, leaders and investors in tech companies and found many had their revenue disappear as emergency measures were put in place to limit the spread of the coronavirus late last month.

Kitch, a hospitality startup based in the Brooklyn Navy Yard’s tech hub New Lab, reported that its sales dropped by 100 percent while it lost some funding.

“We had just raised money and started four pilots. The money was reduced, and the pilots all fell apart,” Dan Unter, the CEO and co-founder of Kitch, said in the report. “Our primary investor took back 60 percent of the financing, and all of our initial deals fell through.”

To survive, a lot of companies have had to reduce staff with several respondents in the study reporting founders have laid off or furloughed 20 to 50 percent of employees.

Another issue has been that venture capital funding has dried up — leaving companies unable to go out and raise money to last another year or two — and companies have been unable to get federal and state aid money for small businesses.

While small companies in every industry had issues accessing the funds, Bowles said Gotham’s small- to mid-sized tech companies faced additional challenges of not meeting certain requirements for the programs because of the nature of the startups — usually with low-revenues and large headcounts in early stages — despite needing the help.

“This is such an important part of New York’s economy, at the very least we need to make sure we tweak the requirements so that these small- to mid-size startups that need the help the most are able to access it,” Bowles said. “I’m not asking for anything more than what other small businesses are getting.”

Bowles also suggested the city consider setting a public-private fund to give money to startups so they can survive the coronavirus pandemic and avoid laying off more workers.

“We’re already seeing a significant chunk of startups laying off or furloughing employees,” Bowles said. “More of this will happen if we don’t pay attention and make sure this is a sector that gets supported like other hard-hit parts of the economy.”