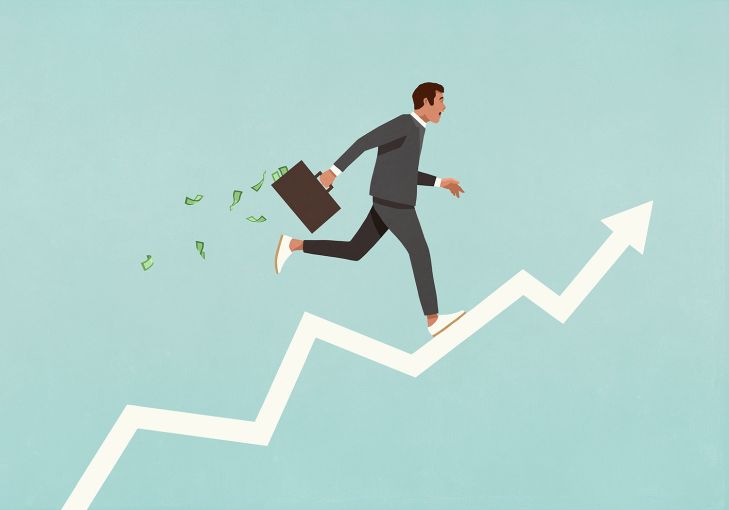 Over 5,400 CMBS borrowers have inquired to servicers about COVID-19 relief since mid-March, when the first impacts of the virus were felt. Photo: Getty Images

The number of commercial mortgage-backed securities (CMBS) borrowers who are searching for relief from their servicers nearly doubled in the first two weeks of this month, bringing the total volume of CMBS debt in question to north of $100 billion.

In just a month, dating back to when the full impact of the virus was felt in mid-March, the number of relief inquiries being carried by servicers has surpassed 5,400, a remarkable — but somewhat predictable — climb from the roughly 2,600 requests that came in during the first couple weeks after the outbreak.

Since the start of the pandemic, borrowers totaling about 17 percent worth of the roughly $583.8 billion in securitized products in the CMBS universe have reached out to their loan servicers to ask for some form of assistance or to at least explore their options. Mortgages on hotel, retail and multifamily properties represent about 75 percent of relief inquiries, and the amount of loans that have been reviewed and subsequently transferred to special servicing due to COVID-19 is around $8.5 billion, which represents about 1.5 percent of currently outstanding CMBS debt, as per Fitch analysis.

The most common request from borrowers is still payment forbearance, followed by reserve reallocation to handle debt obligations or fund shortages for operating expenses and then waivers for defaults as a result of business closures. Borrowers continue to report to servicers that tenants are still sending non-payment notices and that they are also struggling under the weight of business closures due to government mandates.

There were 2,777 more conduit borrowers — representing around $51.5 billion in securitized mortgages — who reached out to their respective servicers for COVID-19-related relief in the two weeks ending on April 12, according to Fitch. Over that same period, 47 more sponsors within single-asset single-borrower (SASB) CMBS transactions also sought out relief, which brought the total to $17.8 billion in debt across 89 SASBs.

With these updated relief inquiry figures, the 30-day cumulative total is now at 5,420 requests, totaling $100.7 billion.

And with the heightened pressure on borrowers, 113 new mortgages, totaling $5.7 billion, were sent to special servicing due to COVID-19 hardships over the latest two week period tracked by Fitch. Right now, there are 200 loans worth $8.5 billion and representing lust under 2 percent of outstanding CMBS debt that have been sent to special servicers for modifications or restructuring. As delinquencies inevitably rise through the summer months, Fitch expects the volume of loans in special servicing to maintain its upward trajectory.

At question is how long this phenomenon will drag out, and whether a 90-day forbearance is enough to handle what is expected in the coming months, according to Fitch senior director of structured finance, Adam Fox, who led the report.

Multifamily borrowers of GSE money have been able to take advantage of government programs offering 90-day forbearance, but according to Fitch, a 90-day pause will not be enough for most borrowers who are dealing with operating businesses such as hotels and retail assets that are more directly tied to the economic standstill and will take longer to recover once things resume.

“There isn’t a 90-day mark that will bring back travelers, restore consumer confidence and bring commercial business back to normal,” Fox said in prepared remarks. “Borrowers with hotels and retail assets with nonessential tenants will need more time to recover.”

Servicers and analysts who have spoken to Commercial Observer over the last few weeks have pointed to commercial CMBS as being the most immediate concern, with securitized multifamily loans backed by the federal government being of lesser concern in the near term, due to those government relief efforts targeting housing. Under the relief programs announced on March 24, borrowers of Freddie Mac capital markets execution transactions can request a 90-day pause on debt payments. For commercial CMBS, a 90-day debt payment deferral could be problematic for borrowers, servicers and bondholders.

Over the two weeks ending on April 12, servicers of Freddie securitized products saw 540 relief inquiries shuffle through, expanding the pool of borrowers to 645 who represent $810.2 million in debt, as per Fitch; so far, these borrowers have avoided special servicing transfers.

Fitch is anticipating that even more relief requests are on the way and that more special servicing transfers are in the cards for deals in tourism-reliant markets such as Las Vegas and Orlando or in areas that are driven by large employers.