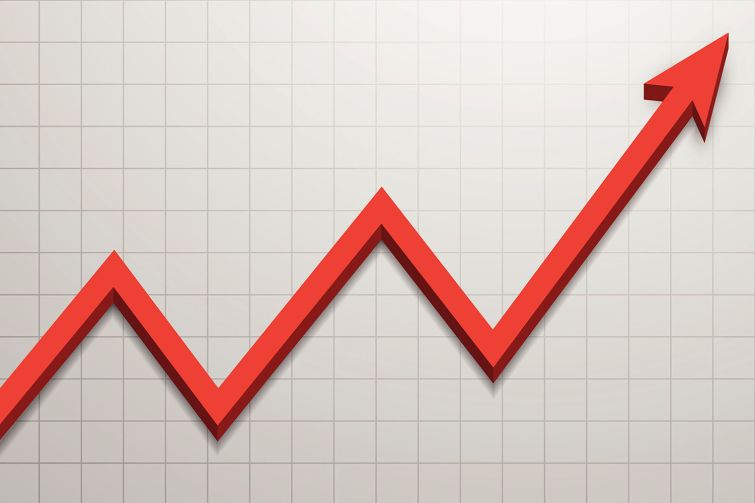 The mortgage-backed securities sector has been rocked by the economic fallouts from measures to contain the novel coronavirus, and while the delinquency rate for loans in CMBS has been on a steady decline over the last several months, it’s expected to skyrocket to reach levels not experienced since the Great Recession, according to analysis released today by Fitch Ratings.

Right now, loan servicers are being flooded with relief requests from borrowers who are still struggling to handle their debt obligations due to the cessation of business activity while the sector continues to labor without necessary monetary assistance from the federal government—the sector was excluded from the first rounds of federal aid that have been pumped into the economy.

With these projections, Fitch is assuming that there will not only be a remarkable spike in loan defaults over the next few months but also a steady fall in new issuance in the second and third quarters as well as “fewer maturing loans and fewer resolutions by special servicers.” The projections are focused on sectors that have proved to be the most susceptible to the COVID-19 pandemic, such as lodging, retail, student housing and also “single-tenant properties with non-credit worthy tenants.” Loans backed by offices with a greater exposure to coworking tenants are also at a heightened risk of delinquency.

Fitch’s projections don’t take into account forbearance. The firm is expecting that delinquencies could possibly be delayed “or understated” due to short-term forbearances being granted to some borrowers.

Hotel and retail delinquencies are expected to jump to roughly 30 percent and 20 percent, respectively, over the next several months; that’s compared to 1.44 percent and 3.51 percent delinquency rates registered at the end of March.

Fitch is expecting severe cash flow declines for hotels and a slew of bankruptcies for “weaker retail tenants,” many of whom will — or have — more than likely stop paying rent in the short term, which will put additional pressure on loans that were already considered lackluster in performance prior to the outbreak.

The ratings firm highlighted that Class B and C malls and shopping outlet centers located in secondary and tertiary markets “with weak sponsorship that have limited ability to access capital to retain tenancy or inject additional equity are expected to default. Regional mall and outlet loans with maturities in 2020 are also at higher risk of defaulting due to scarce liquidity for this property in the current environment.”

More robust regional malls that are backed by strong sponsors and have “inline sales greater than $500 per square foot will be less affected,” according to Fitch analysts. “Retail properties with tenants in essential industries, such as supermarkets, pharmacies and banks, will be less affected.”

Due to colleges and universities across the country shuttering their campuses and students subsequently vacating on-campus and off-campus student housing, Fitch is anticipating a rise in delinquencies for the student housing sector. Outside of just that sector of multifamily, Fitch is eyeing loans on apartment buildings that have “high concentrations of hourly wage employees, service employees with interaction with the public and employees in the oil and gas industry. Fitch assumes bad debt expense at these properties will increase to Fitch’s unemployment assumption at or above 10 percent.”