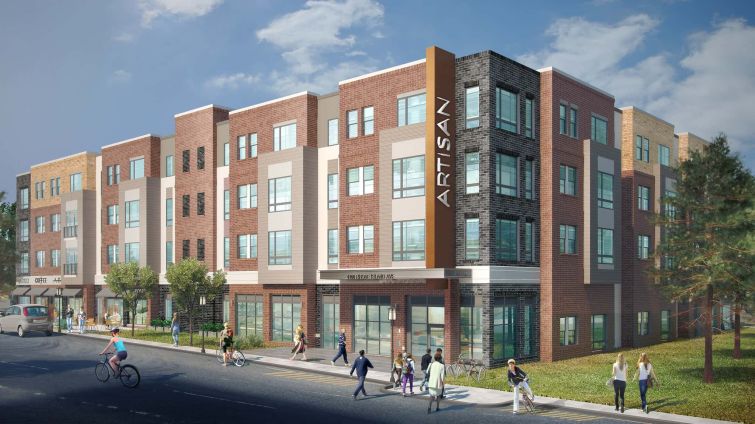 Landex Development has landed a $21.5 million refinance for Artisan 4100, a multifamily property in Brentwood, Md., Commercial Observer has learned.

The deal closed on March 31.

Artisan 4100 is the second phase of a public-private-partnership. Landex was selected to lead the development by Prince George’s County following a request for proposals for the Gateway Arts District. The first phase was Studio 3807, an adjacent 147-unit luxury apartment building that was completed in August 2018 and reached full-stabilization a year later.

“The sponsor has done an incredible job developing a best-in-class residential building in the high-growth Gateway Arts District submarket,” Fromm said in prepared remarks. “Strong pre-leasing and the success of the project’s first phase, Studio 3807, provided additional comfort to the lender. This is a true testament that even during this period of uncertainty projects are being financed.”

Landex Development is a family-owned development company based in Linthicum, Md. Specializing in urban infill properties, the firm has developed more than 7,500 apartments.