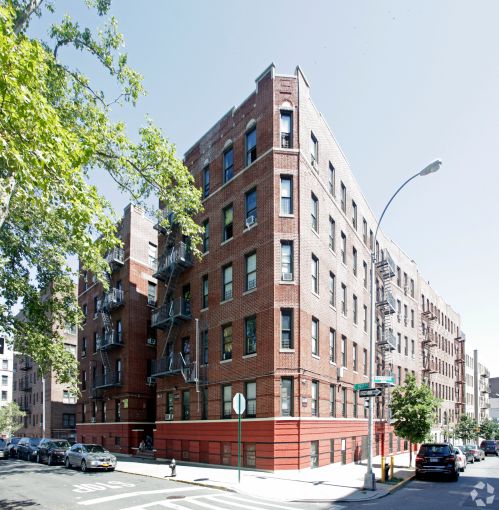 Eastchester, N.Y.-based Finkelstein Timberger East Real Estate (FTERE) has closed on another Morgan Stanley loan to finance a bundle of multifamily properties in the Bronx, Commercial Observer has learned.

The $63.8 million, 10-year, interest-only loan covered the refinance of existing debt on a collection of eight rental properties in the borough. Morgan Stanley will fetch interest payments at a fixed rate of 4 percent, sources said.

The financing was sourced and arranged by Black Bear Capital Partners (BBCP), the real estate debt and equity brokerage arm and subsidiary of Black Bear Asset Management. The BBCP team that spearheaded the arrangement was made up of Bryan Manz, Rob Serra, Emil DePasquale and Brandon Harris.

“BBCP and Morgan Stanley worked diligently to navigate capital markets and close this complex refinancing package, which featured an earn-out facility and 10 years of interest-only payments,” Manz said in a prepared statement.

The properties at 686 Rosewood Street and 3215 Holland Avenue were part of a 10-property multifamily Bronx portfolio that FTERE bought from LNR Partners in April 2011 for just under $27.8 million; FTERE picked up an existing $26 million mortgage on the portfolio and paid just under $1.8 million for the deeds to the 10 properties, which CoStar research commentary referred to as “dilapidated Bronx rental buildings.” Both were previously securitized in June 2012 in the CCRE-led $1.3 billion COMM 2012-CR2 CMBS deal, according to data from Trepp.

The property at 2515 Olinville Avenue in Allerton, just a few blocks from the New York Botanical Garden and the Allerton Avenue 2 and 5 train stop, was included as part of a four-property multifamily bundle of assets located along Olinville Avenue that FTERE bought in May 2013 for just over $10.7 million from Bethco Corporation.

This new portfolio loan from Morgan Stanley follows a series of similar loan packages that FTERE has secured from the investment bank on its Bronx apartments since the start of the year. One of the most recent deals took place earlier this month, a $53.9 million loan on a portfolio of six properties, as CO previously reported.

Morgan Stanley declined to comment on the transaction. Officials at FTERE did not immediately respond to a request for comment.