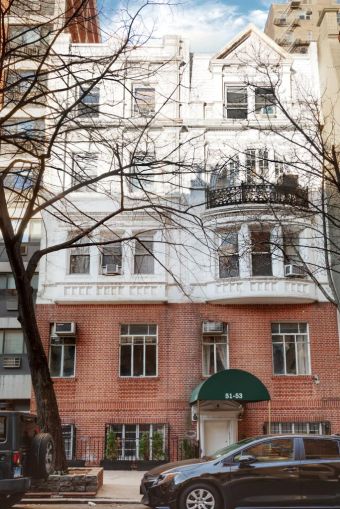 The longtime owners of the Upper East Side building that Grace Kelly once called home filed for bankruptcy today, canceling a foreclosure auction on the property, court records show.

Monique Ender Silberman, whose family owns the five-story townhouse at 51-53 East 73rd Street, filed for Chapter 11 today with about $24,000 in debt, according to the filing. The owners have not made payments since 2017 on a loan taken out on the property, records show.

Leo Fox, the lawyer for Silberman, and representatives from Goodman Capital did not immediately respond to requests for comment.

Adam Stein-Sapir, a co-managing partner of Pioneer Funding Group which specializes in analyzing and investing in bankruptcy cases and is not involved in the case, said the filing cancels today’s foreclosure auction and gives the family the option to implement a 363 sale instead, which would give them more control over the process.

The 12,337-square-foot townhouse — which the late actress Kelly once shared with Harry Belafonte — between Madison and Park Avenues has been owned by Paul Ender and his wife Simone Ender since 1973.

In 2015, shortly before his death, Paul Ender took out a $15 million loan on the property in an attempt to “conduct an entire rehabilitation of the building to take advantage of its desirable location,” according to the bankruptcy filing. The family also put the home up for sale that year for $42 million, the Observer reported.

However, the mortgage came with a “fairly high-interest rate” and the owners needed to refinance it with another one, court records show. In 2017, the Enders defaulted on the loan — owing $13,750 — right before lender Castellan Real Estate assigned it to Madison, The Real Deal reported.

A judge later appointed a receiver, Bruce Lederman, to oversee the building that has been split into 16 residential units and space for four doctor’s offices. In the bankruptcy filing, Silberman claims Lederman did not properly maintain the property and let it become completely vacant last month.

“The receiver thus, acting recklessly, threatened tenants, broke locks and did other damage to the property in order to claim that the debtor’s principals had undertaken this activity,” the bankruptcy suit claims.

But in December 2019, a court found Silberman and her mother in contempt of court for failing to deliver information about the building to Lederman.

Lederman claims that the owners let eight tenants live “rent-free” in the building, the Enders gave him keys that did not work for the building and sent “a string of incoherent emails” when asked for documents about the property.

Lederman did not immediately respond to a request for comment.

Stein-Saper said even with the bankruptcy, Goodman could file a challenge against the filing, which could bring the property back to auction.