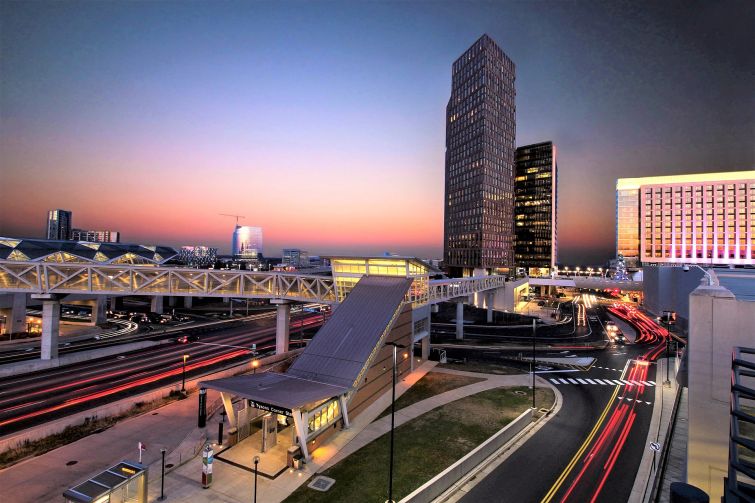 WashREIT will sell the John Marshall II office building in Tysons, Va., in a $63.4 million deal.

The REIT disclosed the sale in its 2019 Q4 earnings report released on Feb. 13. The sales figure falls about $10 million short of the price WashREIT paid for the building in 2011, when it acquired the property at 8283 Greensboro Drive for $73.5 million.

WashREIT declined to comment to Commercial Observer on the sale.

The REIT did not disclose the buyer and the deal is expected to close on March 26, the earnings report said. The disposition will eliminate WashREIT’s exposure to single-tenant assets, the REIT noted.

News of the sale was first reported by Bisnow.

The nine-story, 223,000-square-foot building is fully leased to Booz Allen Hamilton, a tech consulting firm. The property, constructed in 1996 and renovated in 2010, is close by the recently constructed The Boro development and is near the Greensboro Metro

WashREIT hired HFF, which has since been acquired by JLL, to facilitate the sale of the building once Booz Allen renewed its lease through 2026, the Washington Business Journal reported in 2016.

Bisnow further reported that WashREIT unloaded eight D.C. metro retail properties in 2019 for $562 million and sold an office building in each of D.C. and Northern Virginia for a combined $163 million.