Rockefeller Group creates a new mid-century-modern-inspired headquarters in 1271 Avenue of the Americas, which was a set piece in Mad Men. 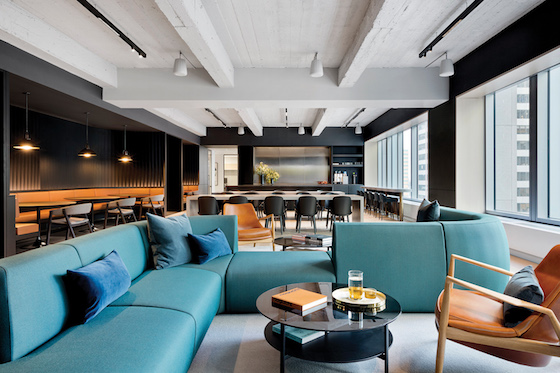 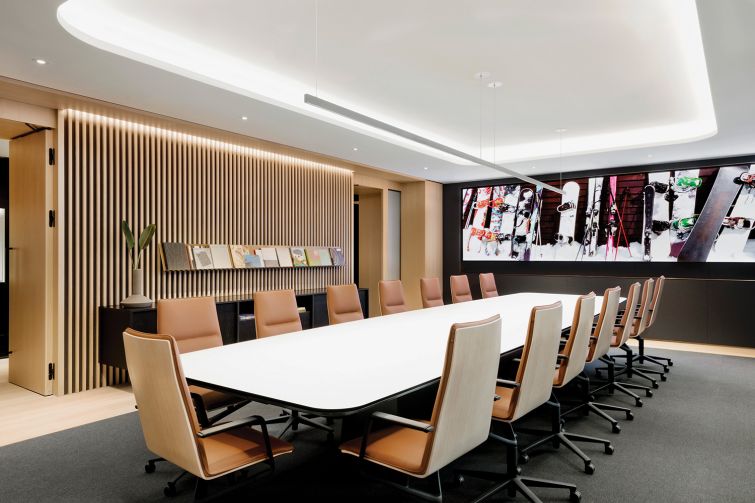 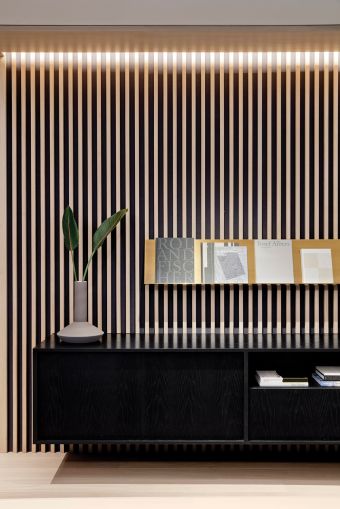 A close up of the wall shelf and mid-century-inspired credenza. Photo: Connie Zhou 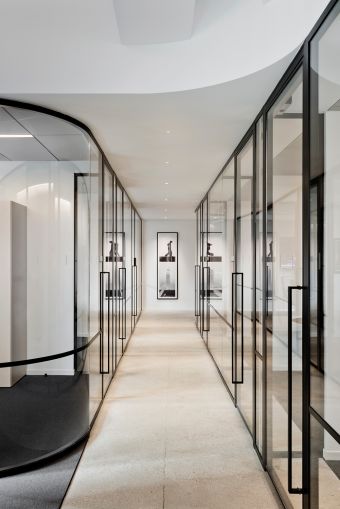 Rounded walls in the work areas help encourage transparency and openness among different parts of the company. Rebecca Baird-Remba 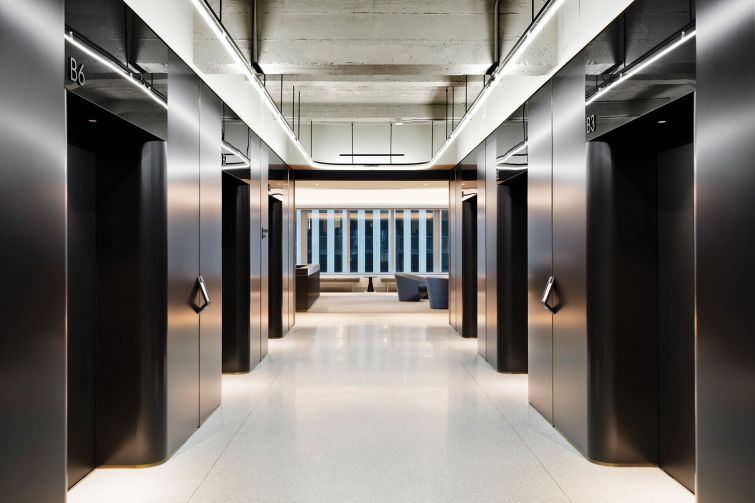 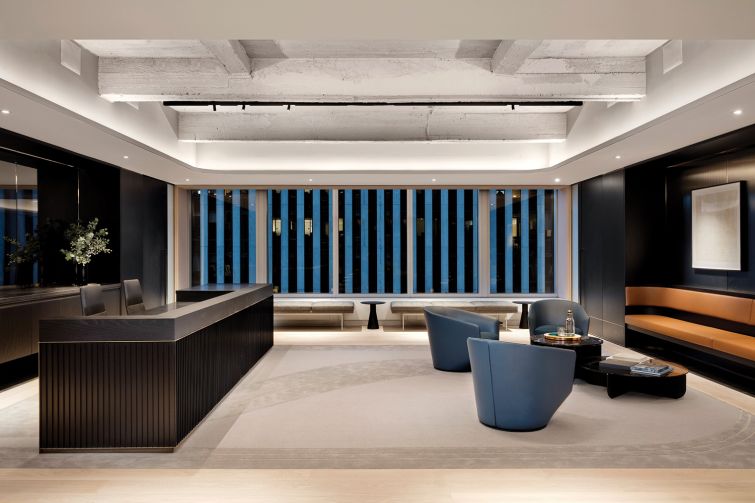 Rockefeller Group's new CEO, Dan Moore, pushed for not having a door between the elevator bank and the reception area to highlight the idea of openness. His architects ultimately decided to put in sliding wooden doors that would only be closed at night. Photo: Connie Zhou
Previous Next

When Rockefeller Group decided to move its offices across the street in Rockefeller Center, from 1221 to 1271 Avenue of the Americas, it wanted to create a new, trendy headquarters with collaboration areas, industrial details and lounges.

The commercial landlord’s new 40,000-square-foot home on the 24th floor has all of that and more, with mid-century modern furniture and design touches scattered throughout the space. The firm added a new 3,000-square-foot common space with a pantry, plus a larger kitchen in an adjacent room that supports “back of house” functions for support staff, including dishwashers, microwaves and extra coffee and food.

The separate kitchen allows the staff to focus on their work in the common area, rather than be distracted by stacks of dirty dishes and discarded coffee refill containers, said architect Robert Finger of Fogarty Finger, who oversaw the design of the office.

The communal pantry and lounge, dubbed “The Commons,” includes a rounded teal sectional, Eames-inspired leather chairs, booth-style seats along the walls upholstered with warm orange-brown leather, and long, low gray tables with black chairs. The walls are painted black and accented with corrugated metal, and the concrete ceiling is exposed and painted light gray, highlighting its rough texture and beams. A full wall of windows also helps brighten up the space.

Finger noted that the mid-century design references the Modernist architecture of the building, which opened in 1959 as the Time-Life Building and served as the office setting for the TV show Mad Men.

The reception area has a similar aesthetic, with dark woods on the walls and reception desk and mid-century modern furniture in muted colors. The elevator lobby leads directly into the reception area because Rockefeller Group’s CEO, Dan Moore, wanted to encourage a culture of transparency and openness. Fogarty Finger ended up adding a pair of sliding wooden doors to reception that are kept open during the day and closed after hours.

In the actual workspaces, the ceilings are dropped and painted white, and acoustic padding was added to help dampen sound. Different departments are separated into distinct open work areas, while meeting rooms and executive offices are encased in floor-to-ceiling glass walls. Several of the glass walls are rounded, both to encourage transparency and in a nod to mid-century design.

“They want to be a transparent culture especially for visitors, and the rounded corners came out of creating neighborhoods for working in,” said Finger. “Instead of one large open area with lots of people working at small desks, they kept fairly generous office areas, and the rounded corners are a way for people to keep tabs on what other people in the office are doing and talking about.”