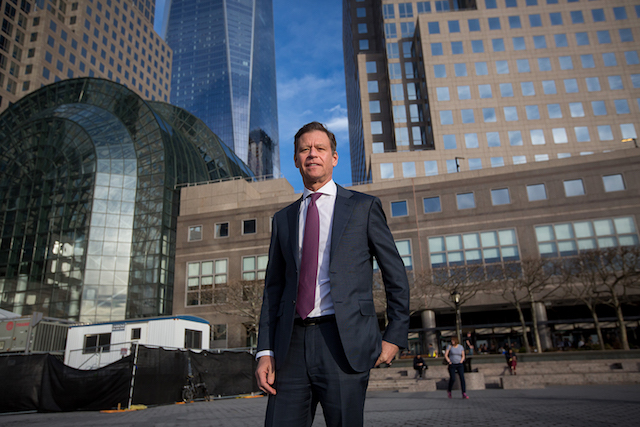 Ric Clark is stepping down from his day-to-day role at Brookfield. Photo: Michael Nagle / for Commercial Observer

Clark, said someone familiar with his thinking “is not the type to ever retire,” but he had been working “70 hour weeks,” and wanted to take a step back.

“Although this decision has been in the works a long time, and I am very excited for what lies ahead, it is with some emotion that I pull back from the company where I have spent nearly my entire career,” Clark said in a company memo sent today CO obtained. “When I joined Brookfield, the real estate group was largely comprised of a small North American office portfolio and a few dozen people. Today, we are not just one of the world’s largest and widest reaching real estate companies, we are the industry standard.”

Under Clark’s stewardship, Brookfield became the largest commercial landlord in the city and was ranked number one on CO’s annual Power 100 list not only last year but in 2018, too.

Brown, who had been leading acquisitions and dispositions in Brookfield’s London office and has been with the REIT for 10 years, will take over as head of the Northeast region, and had been groomed for the new role.

“Ben’s close partnership with Ric over the past six years on our most high-profile projects including Manhattan West will ensure a smooth transition,” said Brookfield’s CEO of Real Estate Brian Kingston in a company memo.

Kingston’s memo also announced that Jan Sucharda had been appointed global head of office for Brookfield Property Group, and will oversee the company’s global office investment with Bill Powell which had been a role that Sucharda had been unofficially in for some time.