Let’s Get Digital: Colony Capital Jumps From Industrial to Tech 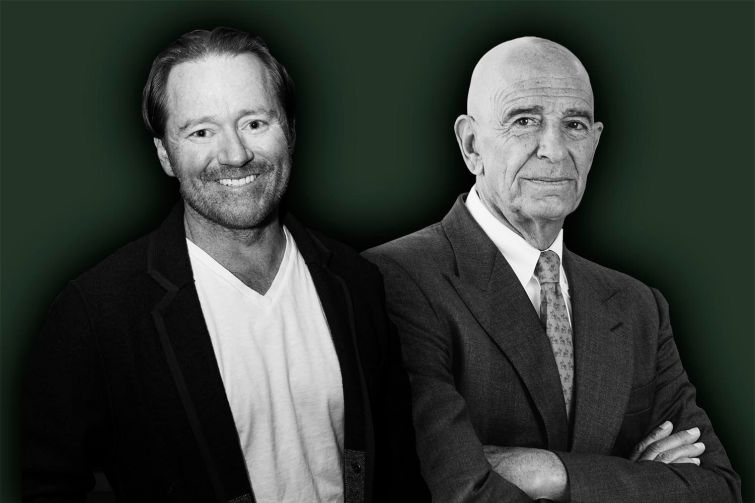 Industrial real estate has been expanding at a breakneck speed around the United States for years.

Amid the titanic e-commerce retail evolution, companies ranging from the heavy hitters like Amazon to an increasing number of online realtors are pushing to advance their delivery capabilities, driving demand for industrial development around the country. The appetite for space in those areas are at all-time highs — as is the rent. Newmark Knight Frank’s national report showed that average rents for industrial properties jumped 32.3 percent over the past five years alone, and last year saw $91.7 billion in annual sales volume — a 17.4 percent increase over 2018.

That’s why it was surprising when a prominent firm like Colony Capital announced that it was exiting the industrial sector almost completely.

This time last year, Colony Industrial — the industrial operating platform of Colony Capital — was one of the most prominent firms in the country to take advantage of warehouse demand, putting down $1.16 billion to acquire 54 industrial properties as recently as March 2019.

But only six months later, in September, Colony Capital sold Colony Industrial to Blackstone for $5.7 billion and stepped away from being one of the most active owners in warehouse real estate.

Instead of industrial, the 28-year-old firm signaled it was ready to bet on an industry that didn’t exist a couple of generations ago — digital infrastructure. Every day, billions of people and every modern company in the world consume and produce more data, and Colony Capital knew that data needs storage space, and that digital real estate has seen unrelenting demand that could not only match but soon outpace other traditional assets types.

“[Colony is] banking on the idea that the way we’re living our lives today is more and more marked by cell phones and computers,” said David Guarino with Green Street Advisors. “They’re betting that that is going to continue to grow over time.”

The company has been nimble since its founding in 1991, pioneering into different asset markets with blockbuster deals along the way.

Thomas J. Barrack Jr. established the firm in Los Angeles in 1991 after the acquisition of a distressed debt portfolio from Resolution Trust Corporation, according to the firm’s website. The firm acquired billions in distressed debt through the 1990s and expanded to Europe and Asia. In 2005, Colony Realty Partners was established to invest in U.S. real estate.

By 2018, the firm had launched Digital Colony to focus on digital infrastructure investment. But in November that same year, Barrack returned to his role as CEO after a merger with Asset Management Group Inc. and NorthStar Realty Finance Corp., which sunk the firm’s market cap and share prices, and the subsequent departure of former CEO Richard Saltzman.

The second era for Barrack brings the increased focus on its next frontier, the world’s digital landscape. Every day, more data is produced as the internet reaches more people and new technologies advance, such as driverless cars, that will require massive infrastructure networks to reach around the world. And Colony Capital wants to be the one to harness the evolution at its base.

In May 2019, Zayo Group Holdings — which managed a 130,000-mile network in North America and Europe — announced that Digital Colony and the EQT Infrastructure IV fund would acquire the firm’s assets in a merger agreement valued at $14.3 billion. In June, Digital Colony Partners closed on $4.1 billion of commitments, making it the largest first-time fund for digital real estate in history. This will help accelerate the firm’s digital expansion and its mission to become the premier platform for digital infrastructure, according to Colony.

The following month, Colony Capital acquired Digital Bridge Holdings and its mobile and internet infrastructure for $325 million, while Barrack simultaneously announced that he would exit his role as CEO by summer 2021 (and will return as executive chairman). The announcement described the firm’s “evolution into the leading owner and investment manager” for where “the digital and real estate frontiers intersect.”

The assets — including data centers, hundreds of thousands of miles of fiber networks, cell tower sites, and more — are often located in secure spots to protect operations and sensitive information stored inside.

To solidify its mission, Digital Bridge’s founder and CEO Marc Ganzi, who is now CEO of Digital Colony, will replace Barrack as CEO of Colony Capital. According to the firm, Digital Bridge managed nearly $20 billion of global digital infrastructure assets at the time of the acquisition, including more than 342,000 sites and 39 data centers globally.

In place of e-commerce, Colony’s “transformation to a digital agenda” takes advantage of the “digital ecosystem,” which includes data centers, wireless towers, small cell networks and fiber. Among other sources, the firm will also use proceeds from the trade with Blackstone to bulk up its digital real estate portfolio.

As life makes way for a more data-dominant world, Colony Capital’s move to unload its industrial properties emphasized its belief that real estate with traditional tenants will have to transform moving forward, “or face substantial obsolescence.”

Colony also recently announced that it signed an approximately $185-million agreement to acquire an ownership interest of 20.4 percent in DataBank, a private owner and manager of edge data centers in the U.S. with a nationwide footprint. This year, Colony Capital aims to establish itself as the only global REIT that owns, manages and operates all components of the digital ecosystem, according to the firm’s investor presentation from earlier this year.

More than $100 billion has flowed into the data center ecosystem in the past decade, according to Cushman & Wakefield. A recent study by GSM Association showed that the current growth trends show the number of mobile internet users worldwide growing to 5 billion by 2015.

According to CBRE’s 2020 outlook for data centers, new production throughout the country increased the primary data center market’s inventory by 17.3 percent in 2019, which is expected to ramp up the competition between certain markets this year. Data center hubs like Northern Virginia, Phoenix, Dallas, and Silicon Valley have the most space under construction, where users are working to evaluate and integrate advancements like 5G into their portfolios.

Guarino described the sudden emergence of digital real estate as “a secular tailwind.”

“Over time, we are going to accumulate more and more data, and we’re going to analyze it more, which creates more data. More data begets more data,” he said. “[Colony is] saying, we want to own the building where all that lives, with thousands of other computers where someone pays rent for it.”

“Before, it was very fringe,” he said. “People didn’t know which sector it was in or if it was a sector of its own. It wasn’t fully understood for a while by the bigger fund managers.”

Now, Imboden said more and more investment funds with at least a few hundred million dollars or more are looking to get into digital real estate.

“It starts with seeing the possible returns. Digital centers have better cap rates than a lot of other asset types,” he said “It’s also perceived to have a little less competition too. Though, that’s changing rapidly.”

Imboden said GIC — a sovereign wealth fund established by the Government of Singapore — is another big player that is starting to allocate more capital to digital real estate. GIC has a partnership with Equinix, a real estate investment trust, which is also expanding data campuses into Western Europe. A big incentive is the expectation that data centers can survive an economic downturn better than other asset types.

“Everyone wants to say their assets are recession-proof. But data centers are at least a little more recession-resistant,” Imboden said. “Even if there is a downturn, people would have to stop using their phones and the internet for the demand and need for space to soften … I don’t see that happening.”

Guarino said Green Street Advisors continues to see more interest from investors as they identify the development opportunities and get more comfortable with the idea of digital real estate in the long-term, particularly when they compare to other property types and see the returns are more attractive with data centers.

“The return that it offers makes a compelling story for why you’d want to make that shift,” he said. “The last few years ramped up interest from traditional investors that normally wouldn’t have looked at it.”

The Blackstone deal wasn’t Colony’s only big industrial sale; Colony Capital has been significantly shedding industrial properties for at least a year. In February 2019, Colony sold a 2.3-million-square-foot portfolio to Nuveen Real Estate for $136 million. In July, it sold four more properties in Southern California’s Inland Empire to Lincoln Property Company for about $105 million.

The new liquidity went to help Colony “accelerate its transformation into digital real estate,” Barrack said in a statement in the firm’s investor presentation this year.

But stepping into digital real estate may still be seen as too risky or too soon for some investors. The firm’s shares are currently trading to $4.84, far below the $14-range it boasted before the merger with NorthStar, according to media reports.

Meanwhile, other big firms like Blackstone have taken the other side of the bet. Blackstone is one of the leading firms focused on the rapid e-commerce industry. After the acquisition of Colony Industrial, Nadeem Meghji, head of real estate Americas at Blackstone, said acquiring high-quality warehouses demonstrates the firm’s “continued strong conviction in logistics and positive e-commerce trends.”

“As retailers continue to shorten delivery times and expand their last-mile footprints, we believe warehouses in dense population centers will continue to experience outsized demand growth,” his statement read.

Blackstone, which owns 800 million square feet of logistics space around the world, is among the few aiming to gain a stronghold over the available industrial properties around the country in Colony’s absence. In addition to the Colony Industrial deal and other acquisitions, Blackstone agreed to an $18.7-billion trade last year for 179 million square feet of logistics assets from GLP. Prologis, another industrial heavy-hitter and the largest supply chain owner, is also growing its portfolio throughout the country. It recently acquired Liberty Property Trust for about $12.6 billion.