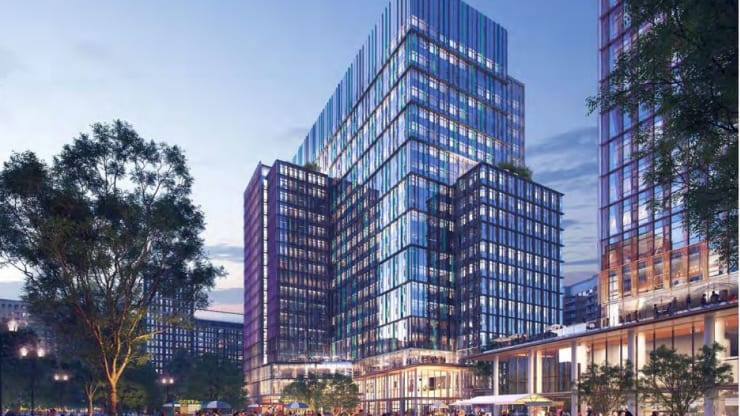 Amazon, through its subsidiary Acorn Development, has acquired Metropolitan Park, a 6.2-acre site in Pentagon City, Va., from JBG Smith for $154.95 million, according to public records.

The land will be utilized for construction of the first of Amazon’s HQ2 towers, a 22-story office building that the company will move into sometime in 2023.

The purchase was made on Jan. 15, with the deal first being reported by the Washington Business Journal. JBG Smith declined to comment on the deal, but a spokesperson for Amazon confirmed the acquisition to Commercial Observer.

A single-story warehouse, originally built in 1958, currently occupies the site, but the wheels are already in motion for its demolition by construction firm ACECO.

JBG Smith had previously announced its intention to sell Met Park, as well as the 10-acre Pen Place to Amazon, that will serve as the home to the two HQ2 towers.

According to the Washington Business Journal, the Met Park HQ2 rezoning and development was approved by the Arlington Board this past December for the construction of 2.1 million square feet of office space and approximately 67,000 square feet of ground-floor retail.

As part of Amazon’s deal with Arlington County, it will provide $20 million to the city’s affordable housing fund and also donate $14 million to help maintain the green space around Met Park.