Stationary Chain Papyrus Files for Bankruptcy, Will Shutter All Stores 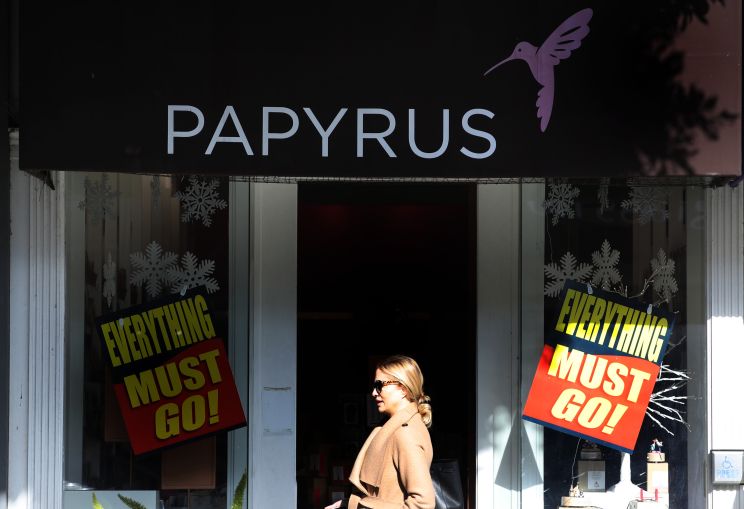 The stationary and greeting-card chain Papyrus will shutter all of its stores after its parent company — Schurman Fine Papers — filed for bankruptcy on Thursday, court records show.

Schurman — which also operates American Greetings and Carlton Card chains — will shutter all of its 254 stores across the United States and Canada by the end of next month and sell off its inventory, court records show.

The Tennessee-based company currently has 178 retail spots in the U.S. and employs 1,100 people in the country. Papyrus lists nearly two dozen locations across Manhattan on its website, including outposts at 1 Penn Plaza in Chelsea, 65 Prince Street in Soho, 400 Park Avenue in Midtown South, and locations in Grand Central, Columbus Circle, Rockefeller Center, and the World Trade Center.

While all three brands will close its brick-and-mortar spots, Schurman will still sell American Greetings, Carlton and Papyrus cards to other retailers, the New York Times reported.

The company said it pulled in about $157.5 million in revenue last fiscal year but has about $54.9 million in outstanding liabilities, the filings show. Aside from the general downturn in brick-and-mortar retail, Schurman blamed its troubles in court papers on its aggressive expansion in 2009 and increased costs of printing products.

Schurman was founded in 1950 as an importer and wholesaler of stationery and greeting cards but moved into retail when it opened the first Papyrus store in Berkeley, Calif., in 1973, according to court records.

Since then, Schurman had to refurbish or close a large number of underperforming retail spots as part of the 2009 deal. In the fall of 2019, it ran into even more trouble when American Greetings stopped providing inventory to Papyrus over non-payment, the filings show.

On Dec. 5, 2019, American Greetings terminated the agreements with Schurman over “alleged defaults” of the senior loan which forced Schurman to file for bankruptcy, the company claims.