The Chapter 11 bankruptcy filing comes a day after the grocer denied reports of an impending Chapter 7 filing. 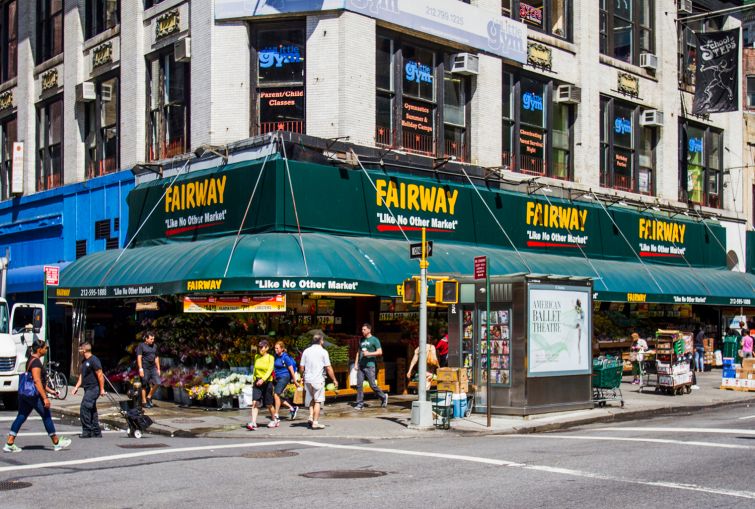 Under the Chapter 11 proceeding, Fairway agreed to sell five Manhattan locations — including its flagship Upper West Side outpost at 2131 Broadway — along with its distribution center in the Bronx to Village Super Markets. The deal is a stalking-horse bid, meaning it sets the base price for the stores in an auction.

Village Super Market CEO Robert Sumas said he plans to keep those spots as Fairway locations along with its “unique product selection.” Fairway’s other nine markets — spread out in New York, New Jersey and Connecticut — will be put up for sale, according to Fairway.

“Fairway Market will continue to conduct business and serve customers at its stores across the tri-state area and expects no interruption in service during the Court-supervised process,” Abel Porter, the CEO of Fairway, said in a statement. “Fairway Market stores will continue to offer a complete range of high quality, specialty food products, and all existing customer promotional and loyalty programs will stay in place during this process.”

The filing comes a day after Fairway denied a report in the New York Post, stating that it had “no intention” to file for Chapter 7 bankruptcy and liquidate all of its stores.

Fairway listed its liabilities as between $100 to $500 million and said its cash declined to less than $1 million before the proceedings, court papers show. As part of the bankruptcy, Fairway’s lenders will provide the chain with up to $25 million in debtor possession financing, according to Fairway.

Fairway was started in 1933 by Nathan Glickberg but has faced hard times since a 2007 private equity-led buyout led to a poorly-planned expansion, a heavy debt load and an ill-advised initial public offering, as Commercial Observer previously reported.

It first filed for bankruptcy in 2016 as rivals like Whole Foods, Trader Joe’s and Fresh Direct gained dominance and added to its troubles. Fairway’s comparable-store-sales dropped 5 percent in the twelve months ending Jan. 12, 2020, the Wall Street Journal reported.