Lenders are going to battle for the high-profile deal, sources said. 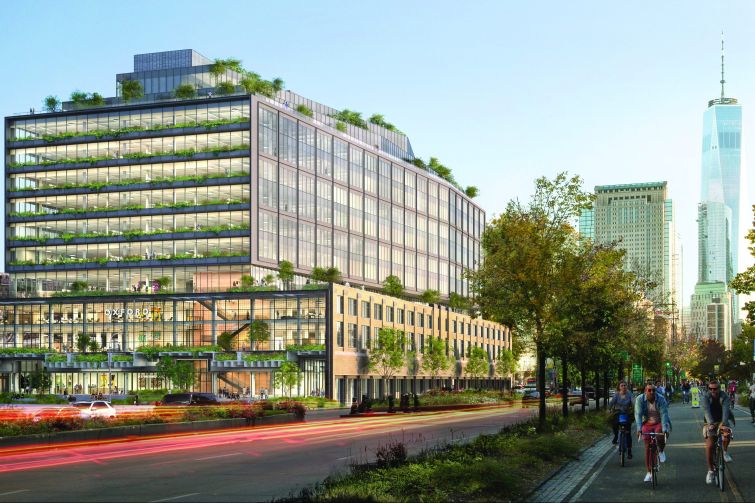 Oxford Properties Group  and the Canadian Pension Plan Investment Board are in the market for a $975 million construction loan to finance the development of St. John’s Terminal, Commercial Observer has learned.

Lenders familiar with the financing request told CO that the loan works out at roughly 55 percent loan to cost and is being very heavily competed, with one interested party telling CO that “every major bank is fighting to get a piece” of the high-profile deal.

The debt assignment is being run by CBRE’s James Millon, Tom Traynor and P.J. Finley, sources said, with bids due Jan 31. CBRE officials did not immediately respond to a request for comment.

The financing request comes hot on the heels of Google announcing that it will lease the 1.3-million-square-foot property in its entirety. The internet powerhouse announced plans to invest $1 billion in its Google Hudson Square campus in late 2018, which would include St. John’s Terminal (at 550 Washington Street), 315 Hudson Street and 345 Hudson Street. The latter two properties are owned by Jack Resnick & Sons and a joint venture led by Trinity Real Estate, respectively.

Google expects to move into the Hudson Street properties this year and into St. John’s Terminal in 2022.

Given the sheer size of the construction loan sought, some sources speculated that a bank syndicate will likely take it down. Another lending source echoed previous sentiments on the financing, saying, “It’s one of the most buzzed-about projects and leased to one of the most in-demand tenants. If you can compete on this deal, you’ll compete.”

The property — which sits between Houston and West Streets next to Hudson River Park’s Pier 40 — was originally built as the southern terminal for the High Line elevated railway and was constructed to hold up to 227 railcars.

Atlas Capital Group and Westbrook Partners sold the southern portion of the sprawling industrial complex to Oxford and the Canadian Pension Plan Investment Board for $700 million in January 2018, giving Oxford a 52.5 percent controlling stake in the asset. (The sellers retained ownership of the northern portion of the site and are eyeing a residential project there.)

“We felt a tremendous responsibility to reimagine St. John’s Terminal in an authentic yet modern way,” Dean Shapiro, the head of U.S. Developments at Oxford Properties, told CO in a 2018 interview. “St. John’s Terminal has a long history as a hub of innovation and productivity. Its unique form allows us to create workspaces that reduce the friction of expansion and change over time, so tenants can focus on productivity.”