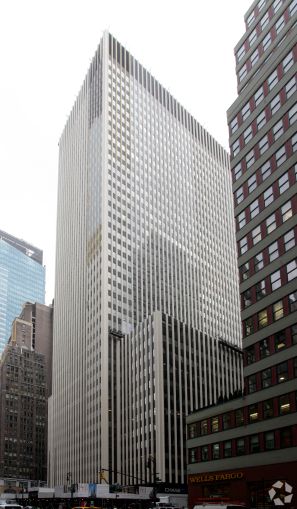 The firm, which hosts a digital ad platform, inked a 25,261-square-foot lease on the entire 27th floor of the 40-story building between West 39th and West 40th Streets, in the Garment District. Asking rent in the 10-year lease was $80 a square foot, per a JLL spokesman.

CafeMedia will relocate from nearby 417 Fifth Avenue, between East 37th and East 38th Streets, to the 1.1-million-square-foot office tower later this year.

“CafeMedia was looking for expansion space to accommodate its thriving business,” Chudnoff said in a statement. “The firm is the world’s largest ad management service, providing the technology and services that help the highest-quality publishers grow their business and maximize success.”

Ivanhoé Cambridge, Swig Company and Callahan Capital Partners purchased a 49.9 percent stake in the property from Blackstone Group for $368 million in 2012, as Commercial Observer previously reported.

Other major tenants in the building include a host of apparel companies, including Levi’s, Authentic Brands Group, ROC Nation and Republic Clothing Group, plus coworking outfit Industrious and accounting firm WithumSmith+Brown.