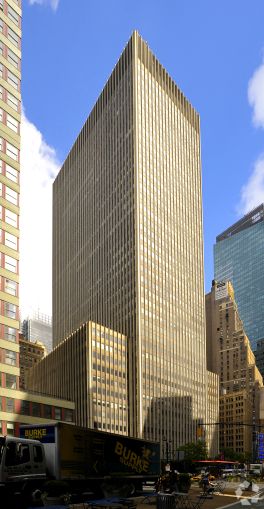 Accounting firm WithumSmith+Brown has inked a lease to expand its New York City offices to another floor in a Garment District office building.

The company finalized a deal to grow its presence at 1411 Broadway by 25,000 square feet, according to a press release from the firm. The audit, tax and advisory outfit now occupies 40,000 square feet on the ninth and 23rd floors of the 40-story building between West 39th and West 40th Streets.

“Withum’s long-term lease expansion at 1411 Broadway accommodates our firm’s continuing growth in the New York City marketplace in terms of our client base, client service and employee talent,” said Michael Stallone, the partner in charge of the firm’s Manhattan office, in prepared remarks. “It also allows for future expansion of our service lines and practice areas, which ultimately results in strength in client service at the highest levels.”

CBC Advisors’ Barry Lewen represented Withum, and a CBRE team led by Paul Amrich handled the transaction for landlords Ivanhoe Cambridge and Swig Company. Lewin didn’t return a request for comment, and a spokeswoman for CBRE declined to discuss the lease.