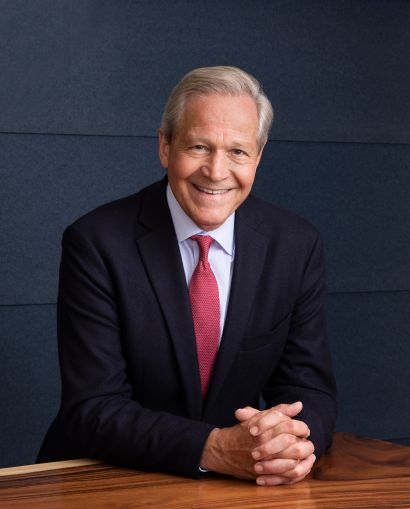 Doug Bibby, the president of the National Multifamily Housing Council (NMHC), will be leaving his post next year following two decades in the role, according to the NMHC.

Bibby, who was appointed president in 2001, has been responsible for representing the multifamily industry on Capitol Hill and working with regulatory agencies. He expects to step down in early 2021.

“Leading NMHC has been the capstone of my career and I’m very proud of the progress and achievements that took place,” Bibby told Commercial Observer. “That said, there’s a time and place for everything and it seemed that transitioning out of NMHC’s presidency after almost two decades as its head made sense. I will note that I will continue to be involved in the industry and am especially interested in continuing to work on housing affordability challenges.”

A search for Bibby’s replacement, led by executive search firm Russell Reynolds Associates, is already underway and the council hopes to announce a new president by the time of its annual meeting next January, according to the NMHC board.

Over his tenure as president, Bibby has helped lead the NMHC through several important issues and initiatives, dealing with everything from the housing crisis to the recession and helping the industry find more means for affordable housing. He noted the industry has transformed dramatically over the years he’s led the organization.

“One of the changes I find most fulfilling is the emergence of the industry into institutionalized asset class on equal or better footing than other commercial property sectors,” Bibby said. “It’s worth noting the significant increase in foreign capital coming into the industry and how that has changed equity markets. Finally, multifamily withstood the financial crisis as well as any other part of the economy. That resiliency will continue to be the case for a long time to come.”

Bibby’s responsibilities also included promoting research and working with advocates for rental housing. He also has been involved in working to diversify the multifamily industry.

Early in his career, Bibby spent a dozen years with J. Walter Thompson, a global communications firm, serving as its youngest vice president in history. He left to join Fannie Mae in 1983 and was a senior officer there for 16 years.

Bibby said he is planning to work with the next president, whoever that will be, to make sure the transition is seamless as possible.

“I would only offer that he or she would be well advised to develop close relationships with our members and listen to the ideas, suggestions feedback they offer,” he said. “NMHC’s members are the industry’s leaders and the most important asset NMHC has.”