SL Green led the financing for the Financial District asset. 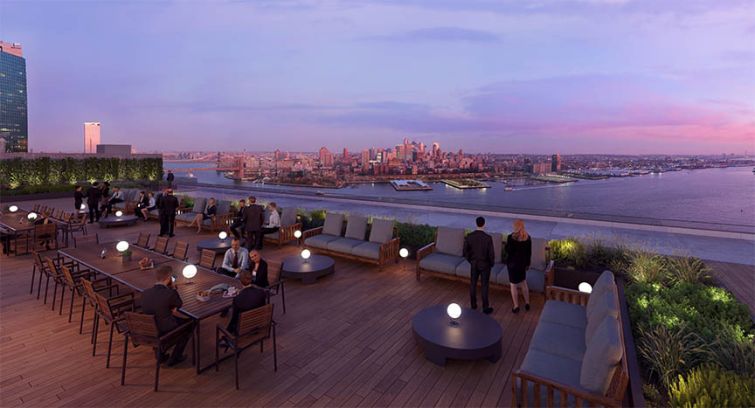 Nightingale Properties and Wafra Capital Partners have finalized their purchase of 111 Wall Street along with $145 million of acquisition financing for the deal, sources confirmed to Commercial Observer.

The deal closed late this afternoon.

SL Green Realty Corp. led the financing, providing a $110 million senior loan, along with an undisclosed mezzanine lender who chipped in $35 million.

The acquisition price couldn’t immediately be confirmed. Crain’s New York Business first reported the acquisition had closed this afternoon and that the purchase price was $175 million, but sources close to the transaction disputed that amount.

CO reported in October that Nightingale and Wafra were acquiring the property, and at the time seeking roughly $445 million in acquisition and development financing.

One source familiar with the deal — who spoke with CO on the condition of anonymity — said this round of financing functions as an acquisition loan and bridge-to-construction loan to facilitate the full redevelopment of the building, which will be “a masterpiece” when completed. The debt includes capital for leasing costs and some critical capital improvements, the source said.

Occupying a full city block between Wall Street and Gouverneur Lane, the 1.1-million-square-foot Financial District waterfront property was once fully leased to Citigroup and known as the Citibank Building. Citi vacated its space in December, as first reported by the New York Post, moving its employees to its Tribeca offices and giving Nightingale and Wafra the opportunity to undertake a sweeping “Class A renovation” of the property —  including the lobby, entrance and the building’s outdoor space — and build out a state-of-the-art amenity space including a movie theater, sleeping pods and a beer garden, sources told CO in October.

The sponsors have hired JLL’s Clark Finney, Frank Doyle, Ben Bass and Andrew Coe to lead leasing at the property.

“Following the comprehensive renovation and reimagining of 111 Wall Street by Nightingale and WCP, the property will be one of the most sought-after office locations in Manhattan. It is ideally situated near the Seaport District and is surrounded by hundreds of high-quality restaurants and retailers all within walking distance to the property,” Stolly said in prepared remarks.

“The unmatched views of the East River and unique luxury amenity offerings at 111 Wall Street make the property a very attractive home for the most desirable tenants in the market,”  Roeschlaub added.

Officials at Nightingale and Wafra Capital could not immediately be reached for comment. A spokesperson for SL Green declined to comment.