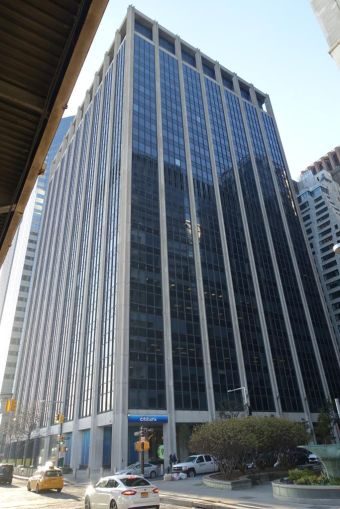 Total acquisition costs plus redevelopment costs are $570 million, sources said, which works out to roughly $510 per square foot. Zurich Insurance Group is the building’s seller.

Newmark Knight Frank’s Dustin Stolly and Jordan Roeschlaub are negotiating the debt on behalf of the sponsorship, sources said. Officials at Newmark declined to comment.

The 24-story, 1.1 million-square-foot asset, occupies a full city block between Front and South Streets and Wall Street and Gouverneur Lane in the Financial District. The building is fully leased to Citigroup for now, but the investment bank will vacate its space in December, as first reported by the New York Post, moving its employees to its Tribeca offices. When Citi exits, Nightingale and Wafra will undertake a sweeping “Class A renovation” of the property, sources said — including the lobby, entrance and the building’s outdoor space — and build out a state-of-the-art amenity space including a movie theater, sleeping pods and a beer garden.

Crain’s New York Business had reported in August that real estate investor David Werner was in advanced talks to acquire the asset, but those discussions fell flat, according to sources.

The property was built in 1966, initially as the headquarters of First City National Bank and has more recently been known —aptly— as the Citibank Building.

Nightingale and Wafra are seeking 5-year, interest-only financing, sources confirmed, and offers from interested lenders are due in mid-October.