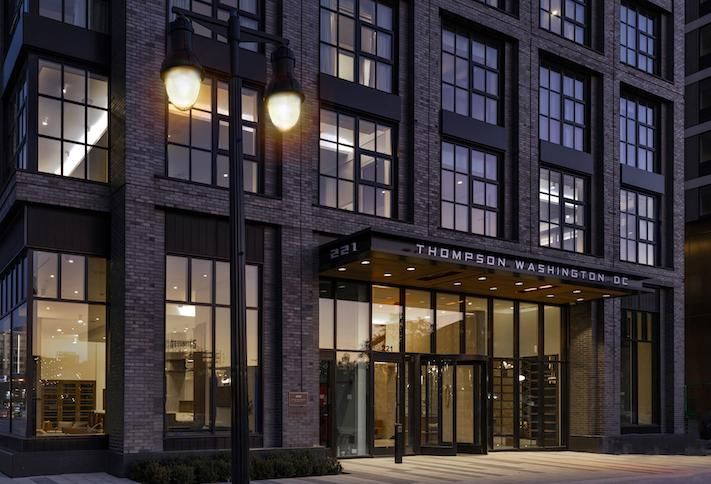 Just two weeks after opening its doors, the Thompson Washington D.C. Hotel has new owners, with Hamburg, Germany-based Union Investment acquiring the property from a joint venture of Geolo Capital and JW Capital Partners in a $120 million deal, according to the seller group.

Geolo Capital, the private equity investment arm of the John Pritzker family office, developed the 225-key hotel together with JW Capital, and the three-year project was completed on Jan. 8. The sale was prearranged more than two years ago, according to the sellers.

The joint venture developers will lease the hotel back from Union Investment and oversee management responsibilities.

“Through our sale-lease-back arrangement with Union Investment, we retain a significant economic interest in the ongoing success of the hotel and look forward to replicating this symbiotic relationship between capital partners and developers on a repeated basis,” Ben Gottlieb, Geolo Capital’s principal, told Commercial Observer.

The property, located at 221 Tingey Street SE in the historic Navy Yard of the Capitol Riverfront neighborhood, will continue to operate as a Thompson Hotel.

“The new Thompson Washington D.C. is a perfect addition to our U.S. hotel portfolio,” Volker Noack, member of the management board at Union Investment Real Estate GmbH, said in prepared remarks. “We are proud that we are now also represented in the capital with an exceptional property. Together with Geolo Capital and JW Capital Partners, we will ensure that the hotel will continue to be an important attraction in the trendy Navy Yard district in the long term.”

With a distinctive gray brick facade and large industrial windows, the hotel sports more than 7,000 square feet of indoor and outdoor meeting and event space, three food and beverage spots by Danny Meyer’s Union Square Hospitality Group, and a rooftop bar called Anchovy Social, with views of the Anacostia River.

“The Thompson Washington D.C. occupies a prime location in the rapidly improving Yards neighborhood,” Gottlieb said. “The neighborhood has evolved into a live, work, play locale with some of the District’s best restaurants, boutiques and cultural amenities.”

Additionally, the hotel benefits from its location on the Anacostia riverfront, he said.

“In addition to actively managing its diverse portfolio, Geolo is an engaged at-risk developer and financier via its structured finance vertical,” Gottlieb said, pointing to the firm’s recent investments in the Kimpton Buckhead in Atlanta, and Alila Marea in Encinitas, Calif.

Future Geolo projects include a $300-million-dollar mixed-use project in Austin, Texas, that will feature both a Thompson Hotel and multifamily units.

Geolo and JW Capital originally acquired the site from Forest City in 2017, and tapped Bank OZK for construction financing. The sale to Union Investment was arranged by New York-based Robert Douglas.