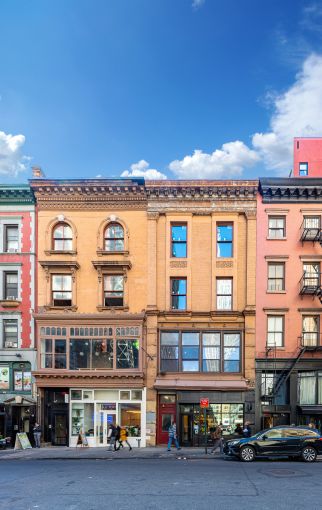 Knotel, a flexible-workspace purveyor based in New York City, has picked up 11,500 square feet of office space in NoMad.

The company closed on a deal to take the third and fourth floors at 8 West 28th Street, a JTRE Holdings-owned building that stands between Broadway and Fifth Avenue, according to a source familiar with the deal. Knotel signed a 13-year lease, with asking rents on the space of $68 per square foot.

Eli Riess of Skylight Leasing represented Knotel in the deal, while Robert Chattah and Aziz Kabbaj of Reshape negotiated on behalf of JTRE, the investment company owned by Jack Terzi.

Retail tenants in the four-story building, which is conjoined with 6 West 28th Street next door, include two Japanese restaurants — Noda and Bondi Sushi — and Made Nice, a counter-service eatery that sells healthy options.

“We are very excited to welcome Knotel as a tenant,” said Terzi. “The transaction is a very satisfying way to complete our redevelopment and lease-up of a great building in the dynamic NoMad neighborhood.”

Knotel may be on sounder footing than WeWork, its competitor that stumbled last year after management debacles derailed its planned IPO. But a Crain’s New York Business report in November revealed that about a third of the company’s office portfolio in the Big Apple — 800,000 square feet — is vacant.

Shortly after, Knotel’s founder, Amol Sarva, said that the company’s expansion in the city may be slower going forward.