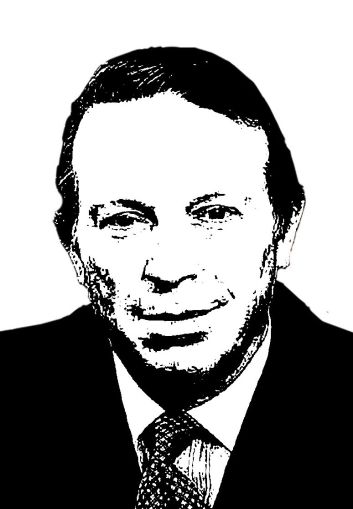 All too often we see headlines about large construction projects in states of virtual distress. Projects — such as the Big Dig or New York City’s Calatrava Transit Hub — that incur multi-billion cost overruns and years-long delays come immediately to mind.

But today’s real estate developers, corporations, or small school districts that plan construction projects are equally at risk of having those projects come to a partial, if not complete halt, jeopardizing completion, and costing owners millions (sometimes tens of millions) of dollars, that may never be recovered.

A prime example was the case of a recent distressed project for an institutional client at the heart of our cultural community where I was called in to address major construction issues. In repurposing the original structure built in the 1960s, the owners’ intent was to expand the internal structural configuration, simplify navigation throughout the complex, and completely revise the complicated electrical, mechanical, and plumbing systems to meet new functions of the organization. All this was to be accomplished within a five-month construction phase to open for a commemorative anniversary.

Yet, there were early warning signs of impending doom:

Lowest bidders. After interviewing five capable construction managers (CMs), the owner chose the lowest bidder for this $15 million project who, inexplicably, had no prior experience in this building type.

Last-minute changes. During the one-year pre-construction period, the owners continued to revise elements of the design such that subs did not receive final bid packages until weeks before construction was to start. This precluded full coordination of the trades, leading to massive problems during construction and clashes between mechanical, electrical, and security systems in the walls and ceilings.

Not securing permissions. The owner’s rep team fumbled securing a critical permit that ate up the first four weeks. This fact alone should have triggered an immediate schedule extension. However, an inexperienced project manager assigned by the CM only requested a change order for additional overtime payment for the trades and kept the original five months schedule as is!

Fudging schedules. (And budgets.) Despite learning that the steel fabricator had incurred a five-week delay in installing the new internal structure, the CM hid this fact from the owner team, and continued to issue regular monthly schedules showing the project was to be completed as originally planned!

To recover all that lost time, the CM secretly authorized its trades to undertake massive overtime and premium time costs without securing authorization from the owner!

When the project hit the scheduled completion date, the anniversary party of esteemed guests saw an unfinished construction site; the list of incomplete and defective work totaled nearly 75 pages and $3 million.

I provided the Board an overview of the problems they had allowed to get out of hand: For a $15 million budget to get built in five months required that an average of $3 million per month had to be accomplished with time allowed for inspections by the city Department of Buildings. When the first two monthly requisitions showed the subs had completed only $1.7 million of work, the project should have been halted for a “resetting” and the scheduled anniversary party canceled until these problems were resolved.

With all the work seemingly proceeding, no one on the owner’s side blew the whistle on the CM’s project manager. Despite working with the team during the pre-construction phase, he quit five weeks before construction commenced. The owner team had originally acquiesced in the appointment by the CM’s CEO of a novice project manager who later admitted that “he lost control of the project six weeks after it began.”
Progress photographs showed that much of the complex electrical, mechanical, and security systems work had not been done correctly, was sloppily managed, and showed few signs of coordination.

The CM was then given a choice: either agree to be terminated for default and face a lawsuit for over $3 million or agree to complete the balance of work as well as do all corrective work (overseen by my office and the owner team) for the balance of the original contract sum. The CM stayed on the job, assigned two highly experienced project managers, and had the trades do the corrective work through completion.

All distressed projects start out just like successful ones; the difference is that successful projects begin with the right team and processes already in place — that are followed faithfully. The distressed projects do not proceed without signs of trouble — they only need experienced oversight to identify and address it early.

Barry B. LePatner, Esq,. is the CEO of Insights+ LLC