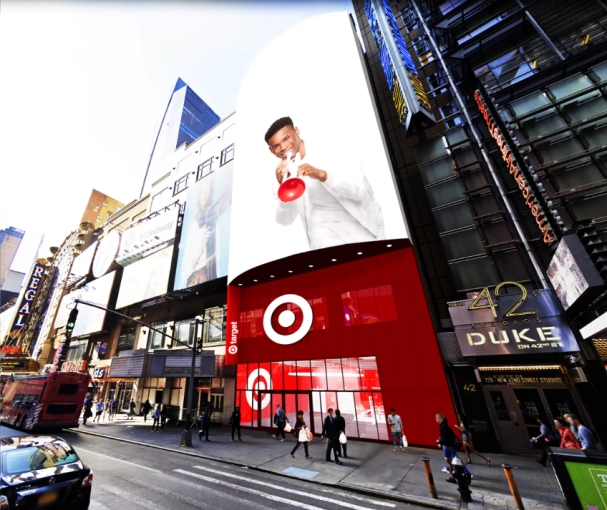 Target is continuing its expansion into Manhattan, this time opening an outpost at the Crossroads of the World.

The big box-retailer signed a deal for 33,000 square feet at Tishman Realty’s E-Walk Retail and Entertainment complex at 233-267 West 42nd Street between Seventh and Eighth Avenues, CNBC first reported. It expects to open the location in 2022, once the property’s redevelopment is complete.

The discount-retailer started to roll out smaller format stores — which have a food and beverage section, grab-and-go food options, produce, apparel, accessories, home decor and beauty items — around Manhattan in 2016 with its first location at 225 Greenwich Street in Tribeca.

Unlike Target’s average 130,000-square-foot locations, the small-format stores are around 40,000 square feet. In 2018, Target announced plans to roll out 130 of the smaller shops around the country and the Times Square one marks its tenth planned for Manhattan.

Its latest outpost will be part of Tishman’s 200,000-square-foot complex, which is set to finish construction in late 2021 following a $60 million capital improvement plan. The project calls for a complete renovation of the property along with a redesign of the building’s signage.

In 2017, Regal Entertainment Group extended its lease at the property for 10 years for its Regal E-Walk Stadium 13 & RPX location and added luxury recliners, an expanded food menu, a 4DX auditorium and an IMAX VR experience to the locations, as Commercial Observer previously reported.

“E-Walk is a prime location for retailers,” JLL’s Patrick Smith, who represented Tishman in the deal, said in a statement. He added the renovations to the project will “showcase the best in retail, entertainment, food and experience.”