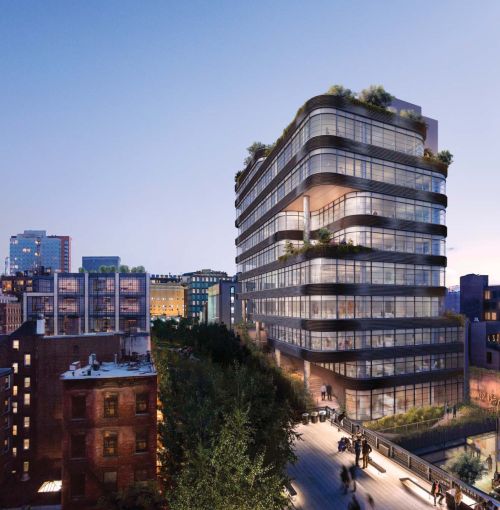 Next Jump, which handles loyalty programs for companies like Dell and Intel, will move to Vornado Realty Trust’s recently completed building near the High Line.

The company signed a 10-year lease for 41,300 square feet on the top three floors of the 11-story 512 West 22nd Street between 10th and 11th Avenues, which Vornado developed with The Albanese Organization, Crain’s New York Business reported.

A spokesman for Vornado declined to comment and a spokesperson for Next Jump did not immediately respond to a request for comment. It’s wasn’t clear who brokered the deal.

Next Jump — which has offices in Boston, San Francisco and London — will pay about $160 per square foot for its new office space and plans to relocate its New York City outpost from 261 Fifth Avenue, according to Crain’s.

The deal is the second lease that’s been announced since the 172,000-square-foot building entered the market. WarnerMedia agreed to take 20,000 square feet in the building in September, as Commercial Observer previously reported.

The Albanese Organization bought the five-story warehouse at 512 West 22nd Street from Highland Capital Management for $54.4 million in 2010, the New York Times reported. Vornado later joined the project and the developers demolished the building to build the new office tower, designed by CookFox Architects.